Macron warns the UN against miscalculation on Iran 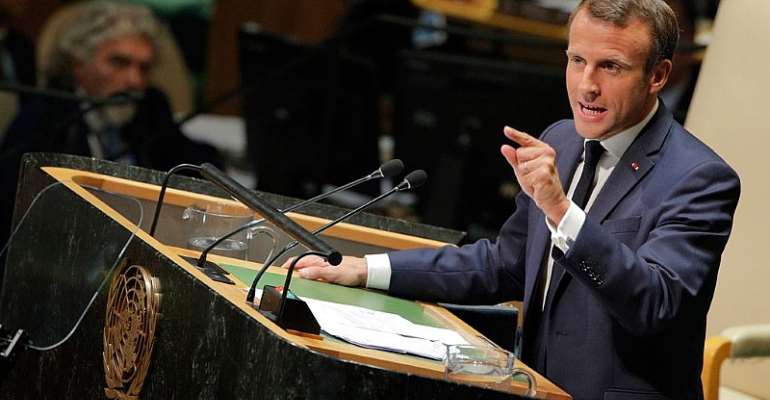 French President Emmanuel Macron called for renewed negotiations between Washington and Tehran in his speech before the UN General Assembly on Tuesday.

The French leader warned his audience that the current state of affairs with Iran could worsen if there was a miscalculation by either side.

He said he was "under no illusions" and did not believe in miracles but that he was convinced of the power of "courage to build peace".

He said he knew that all the parties concerned had the necessary courage.

In his speech, US President Donald Trump strongly criticised Iran and also made a fresh attack against the global order.

"The future does not belong to globalists. The future belongs to patriots," he said, continuing: “sovereign and independent nations who protect their citizens, respect their neighbors and honor the differences that make each country special and unique."

"Media is lying"
Brazil's President Jair Bolsonaro told the UN that it was a lie that the Amazon was being devastated by fire.

The Brazilian leader was speaking one week after a Human Rights Watch report accused Bolsonaro of giving the "green light" to illegal loggers and failing to protect those defending the world's largest rainforest.

"The Amazon is not being devastated or consumed by fire. The media is lying," said Bolsonaro in his speech.

He also accused leaders who criticised him of having a "colonialist spirit".

In a clear reference to France, he said: "one of these countries during the recent G7 meeting dared suggest applying sanctions to Brazil without consulting or even listening to Brazil."

British Prime Minister Boris Johnson delivered a highly unconventional speech that mentioned Brexit only once, and then as part of a joke.

During a late-night, 20-minute address that drew laughter and bafflement from delegates, Johnson struck a light tone on a serious subject as he warned of technology's capacity to control citizens.

"'Alexa' will pretend to take orders but this Alexa will be watching you, clapping her tongue and stamping her foot," Johnson boomed, suggesting "there may be nowhere to hide."

He called on world leaders to agree to a set of guidelines to ensure that new technologies are designed ethically.