Trillion of dollars for climate emergency 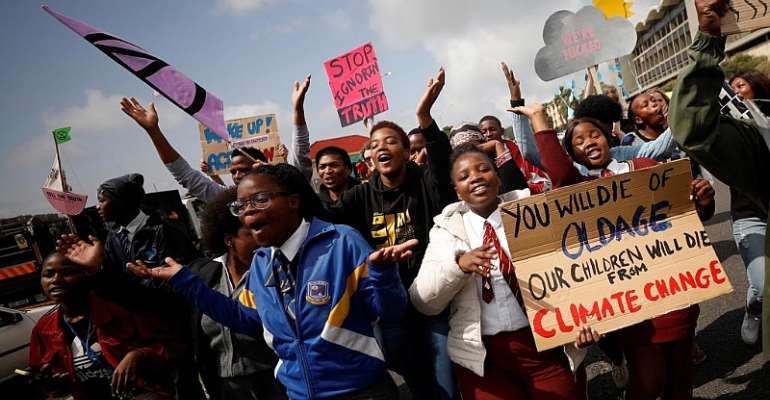 As the United Nations climate summit kicks off at 10 AM in New York, France intends to mobilise resources to save the Amazon rainforest. Whilst development banks committed over one trillion US dollars to fight climate emergency in developing countries.

The 24 development banks announced that they will provide more than 1 trillion US dollars of climate finance by 2025, including an increasing share for adaptation and resilience, namely for developing economies “in the south”.

From New York, the banks which are members of the International Development Finance Club (IDFC), agreed to launch several concrete actions, including a 10 million US dollars IDFC Climate Facility to finance climate activities at the end of 2019.

The IDFC network of development banks also agreed to set up a strategic partnership with the Green Climate Fund so as to achieve the Paris Agreement objectives in mobilising domestic and international climate finance.

Amozanian Macron
France's President Emmanuel Macron will be among the heads of state attending the UN Climate Summit in New York, unlike the United States' President Donald Trump or Brazil's Jair Bolsonaro. They both oppose the 2015 Paris climate agreement.

Jean-Yves Ledrian said that President Macron intends to give “absolute priority” to climate emergency. The French President intends to launch another appeal to mobilise efforts to save the Amazonian rainforest still swept by fires.

Macron also intends to announce that France will double its contribution to the Green Climate Fund and its full commitment to achieve zero-carbon emission by 2050.