Did Emile Short’s Commission take the ‘threats’ on the leaked tape into account? 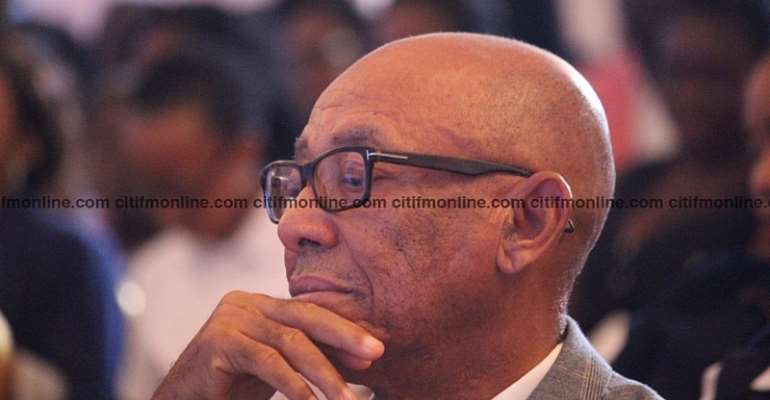 Whether we like it or not, it has become part and parcel of our governance structure to constitute committees and commissions to inquire into matters of the national interests.

So it was nothing out of the ordinary when President Akufo-Addo appointed the Emile Short Commission of Inquiry to inquire into the unfortunate incident at the Ayawaso West Wuogon by-election on 31st January 2019.

In theory, a commission of inquiry is one of many avenues available to the government of the day to probe into various issues of public interests.

Suffice it to stress that the commissions of Inquiries report findings, do offer advice and propound recommendations.

It is also worth stressing that when the government appoints a commission of inquiry, it comes out with a set of guidelines.

The guidelines are referred to as the terms of reference and they set out what issue the commission is to investigate, what problems that need to be solved and by what date the inquiry should be completed.

The commission of inquiry may comprise one or more people, including specialists, law luminaries, and technocrats, among others.

In hindsight, the Commission must act strictly within its terms of reference and ensure that the processes are within the law.

(a) to make a full, faithful and impartial inquiry into the circumstances of, and establish the facts leading to, the events and associated violence during the Ayawaso West Wuogon By-Election on the 31st day of January 2019-

(b) To identify any person responsible for or who has been involved in the events, associated violence and injuries-

(d) To submit within one month its report to the President giving reasons for its findings and recommendations, including appropriate sanctions, if any.

If you may recall, whilst the Emile Short Commission’s work was blissfully underway, a revoltingly lurid audio tape was making rounds, purported to have emanated from the opposition NDC’s meeting.

In the said leaked tape, observers could hear the suspect, clearly in a joyous mood, gleefully articulating his intentions to make the country ungovernable by executing his fiendish scheme to cause mayhem in the country by kidnapping the perceived opponents and their family members.

One could also hear clearly how the suspect, telling the audience, believed to be executives of the party, to attack the Chairperson of the Electoral Commission, Mrs Jean Mensa, and insult the Peace Council Chairman, Professor Emmanuel Asante.

Shockingly, in some places of the leaked audio tape, one could hear the suspect narrating how people were deployed to the Ayawaso West Wuogon Constituency during the by-election on 31st January 2019.

The overarching question discerning Ghanaians should be asking then is: did the Emile Short’s Commission place utmost importance on the said audio tape?

Mind you, any serious investigative body anywhere in the world will cause the arrest of the protagonist in the audio tape over the ceaseless and mindless attacks in the country.

It was against such backdrop that I was of the view that the CID’s invitation was a long time coming. However, it is better late than never, they say.

Frankly stating, I was not in acquiescence with the sceptics who were of the view that the Police Criminal Investigations Department (CID) erred by inviting the alleged protagonist in the horrible leaked audio tape as part of the investigations into the spate of inexplicable fire outbreaks and the mindless kidnappings of innocent Ghanaians.

So, some of us, as a matter of fact, were extremely flabbergasted when the NDC’s Communication Officer, Sammy Gyanfi, a young officer of the court, furiously came out and castigated President Akufo-Addo and the CID Director-General, COP Maame Yaa Tiwaa Addo-Danquah for prudently inviting the suspect in the leaked audio tape for interrogation over the insecurity in the country.

Shockingly, however, following the release of the invitation letter, the young lawyer was heard on Asempa FM’s afternoon political show on Wednesday 8th May 2019, vigorously emitting his fury in condemnation over the invitation and impertinently declaring that NDC as an opposition party won’t allow the suspect to honour the Police’s request.

I was, indeed, astonished over the young lawyer’s weird disposition.

So the question I asked myself was: didn’t he know that he was perverting the cause of justice by seeking to prevent the suspect from facing the law?

Mind you, the suspect in question may be a prominent member of the opposition NDC, but the rule of law is not a respecter of person or group of persons. Suffice it to stress that everyone is equal before the law.

In practice, no one is above the law. What is paramount, though, is for the law court to give the accused person a fair hearing.

The all-important question every well-meaning Ghanaian should be asking then is: how did we arrive at this stage?

Dearest reader, why wouldn’t the Police be alarmed over the leaked tape when former President Mahama had earlier declared that the National Democratic Congress has a revolutionary root and when it comes to unleashing extreme violence, no one can beat them?

In fact, I have stressed severally that some of us regrettably witnessed the revoltingly ugly events which took place over a period of three decades (1970-1990s), and hence cannot be hoodwinked by the inveterate propagandists to believing that political violence is not synonymous with NDC.

Indeed, the National Democratic Congress (NDC) was formed on the ideals of militant vigilantism, and therefore it is extremely nauseating and somewhat baffling to hear the baseless claims from the NDC quarters that the party is not synonymous with vigilantism.

The story was told, though vividly, that in their desperate attempts to defend their illegitimate power and lay the foundation for a supposedly true democracy in Ghana, the founders of the NDC officially set up paramilitary organs such as the People’s Defence Committee (PDC), the Civil Defence Organisation (CDO), which was popularly known as the Militia and the Workers Defence Committee (WDC), where the last two organs were later reorganised and renamed as the Committee for the Defence of the Revolution (CDR), whose collective mandate was to defend the revolution by hook or by crook.

It is against such background that some of us were extremely surprised to hear former President Mahama on radio on Friday 22nd February 2019, blissfully referring to President Akufo-Addo as the father of the militant vigilantism in contemporary Ghanaian politics.

Dearest reader, how on earth would a supposedly responsible opposition persistently organise clandestine meetings with the view to making the country ungovernable?

We cannot, therefore, accuse the critics of harbouring risible and inherent predilection for suggesting that violence is the National Democratic Congress’s (NDC) available political tool.

The sceptics hit the nail on the head for suggesting some time ago that the insecurity in the country is a scheming guile being orchestrated by some conspiratorial plotters to make the incumbent NPP government look bad in the eyes of the voting public.

To be quite honest, some of us were extremely concerned about the spate of vicious and calculated armed robbery attacks on innocent citizens and denizens a few months into the NPP’s administration.

It was against such backdrop that some of us shared in President Rawlings sentiments that the deadly armed robbery attacks in the country could well be the work of unpatriotic partisan creatures motivated from either within or without to undermine the nation’s security; (See: I hope robberies are not politically motivated-Rawlings; starrfmonline.com/ghanaweb.com, 01/03/2018).

Ex-President Rawlings was reported to have expressed grave concern over the insecurity and thus wrote on his Twitter page: “Let us hope the recent robbery and killings is downright plain robbery and not a politically motivated action from within or without, calculated to undermine those in charge of the security machinery in order to pave the way for certain parochial ambitions.”

Given the ugly nature of African politics, some of us could not help but to echo former President Rawlings’s sentiments of a probable conspiratorial plot to undermine the country’s security and the NPP government as a whole.

Apparently, former President Rawlings smelled a foul play when some people were hopping from one Radio/Television station to another nagging, shrieking and grouching over the serious national disaster such as the bloody armed robbery attacks without proffering any practicable solutions.

In as much as some of us do not want to succumb to the widely held assertion that politics in general is a dirty game, it would not be farfetched for drawing an adverse inference that the political terrain is full of manipulating geezers who will do anything possible to win political advantage.

We should, therefore, not lose sight of the fact that political opportunists are not limited to Africa; it is rather a global phenomenon.

However, in my humble opinion, it is our part of the world (Africa), where political gimmicks and extreme vindictiveness are widespread.

Perhaps, this is so because we have greater number of unlettered folks, many of whom cannot choose between unrepentant tricksters and morally upstanding politicians.

Like former President Rawlings, some of us have been harbouring a gleam of suspicion on our mind over the evil hands of the faceless partisan creatures in the insecurity in the country.

In sum, the NDC’s leaked horrible audio tape shows how some partisan creatures can conceive and deliver a fiendish plot with the view to winning electoral advantage over their opponents.

The author has 993 publications published on Modern Ghana.