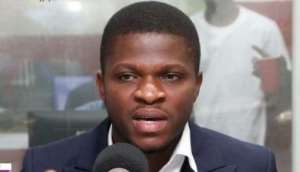 The National Communications Officer of the National Democratic Congress (NDC) Sammy Gyamfi says the unprofessional conduct of the security agencies created a mess leading to the situation we now find ourselves regarding the four missing Takoradi girls.

“The CID boss, Maame Tiwa Addo Danquah has failed the office she occupies, failed the family and failed the country at large,” he fumed.

According to him, the actions and pronouncements made by the various security agencies in the dark days suggest that they were not up to the task.

Speaking on Okay fm 'Ade Akyea bia' morning show, he believes the current action under the Akufo-Addo government has completely reduced the already lost confidence of Ghanaians in the police and security agencies.

“The insecurity in the country is leading to loss of confidence in the CID and the police and its not good. “Under normal circumstance, every Ghanaian including families of the girls suppose to accept the outcome of the report of the police but it's now otherwise, and this is as a result of the insensitiveness in handling the case,” he added

He continued, “Because she is undermining the relevance of the office of the CID and so long as Tiwa Addo Danquah Akuffo Addo remains the CID boss, public confidence in the CID will continue to wane.”

UTAG Strike : All 15 branches to continue strike
43 minutes ago