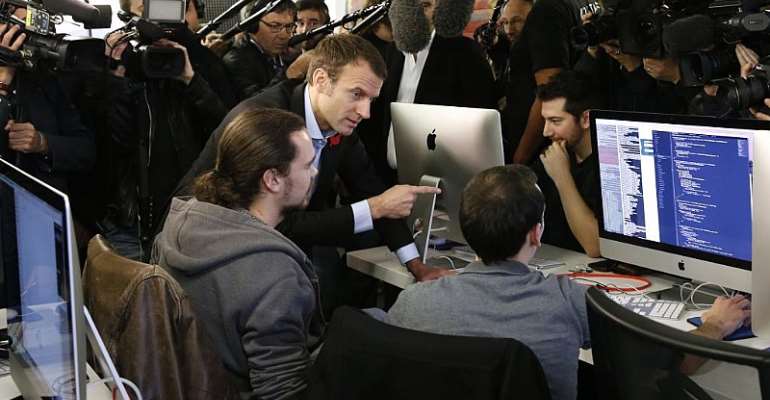 President Emmanuel Macron is pushing hard to boost France's unicorns – the most promising and valuable tech startups – as the government sets up a new listing and meetings with investors ahead of France Digital Day on Wednesday.

Unicorns – private-owned startups valued at more than 1 billion US dollars – are at the heart of President Macron's objectives to boost digital technology and innovation in France.

Macron has invited some 40 international investors to meet the most promising startups at the Elysées Palace on Tuesday 17 September – a day before France Digitale Day, where the government will announce the "Next 40" listing of France's top 40 startups with the strongest prospects for global growth.

Macron has instructed the minister of state for the digital sector, Cédric O, to facilitate administrative procedures for the Next 40 startups. France would also like to attract UK-based unicorns unsettled by Brexit.

French touch
The French president says he would like to see his unicorns multiply to 15 or 20 by 2022, the end of his current mandate. There are at present only five French unicorns: Deezer, BlaBlaCar, DoctoLib, Meero and OVH.

France is lagging behind the US with its 182 unicorns, China on 94, and the UK with 25. But France insists its innovative approach in digital technology is marked by “humanity”, a French-style tech that aims to have “a responsible impact on humankind and innovation”.

French Tech was set up by the government in 2013 to enable the emergence of French startups. Headed by young businesswoman Kat Borlongan, it managed to bring about an ecosystem of some 10,000 startups.

It also supports startups with hypergrowth projects with mentoring programmes and new financing to the tune of 70 million euros.

On Voting Day: Media Tasked Not To Rush To Declare Their Own...
3 hours ago