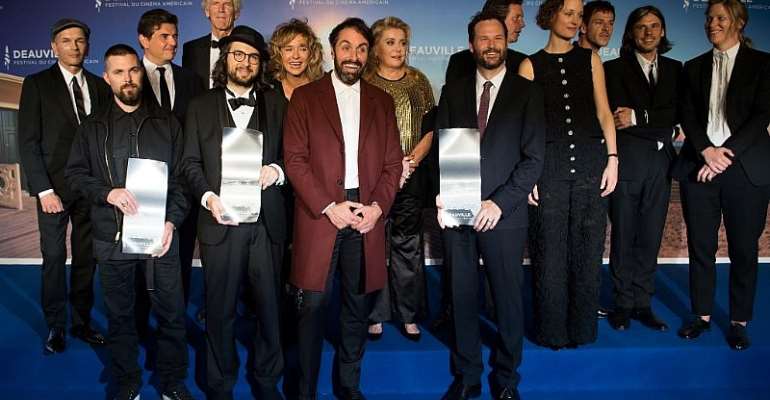 Annie Silverstein's directorial debut, Bull won the Grand Prix at the 2019 festival, the Critics' Award and the Discovery Award (prix de la Révélation). Fourteen films were in competition this year.

Bull is a drama about a wayward teenage girl (Amber Harvard in her first role) who lives in a poor area on the outskirts of Houston in Texas.

Her punishment for trashing a neighbour's home is to help out the neighbor, a former rodeo star who takes her on the circuit with him and she gets into riding the bulls herself. Their rough encounter changes their lives.

Picture of USA today
French actress Anna Mouglalis, chair of the Discovery Jury said “it is a political film yet not dogmatic… an exact and troubling portrait” of Trump's America today.

Reflecting the kind of changes in gender parity springing from the awareness sparked by the Me Too# wave and 50x50, Silverstein's was one of six entries from women directors, and the festival organiser Bruno Barde had written in an editorial translated into English in the catalogue that “it is time for feminine charcoal to blossom and shape the future of a filmic manna.”

Honorable runners-up
Deneuve and her Grand Prix panel awarded two films its second prize known as The Jury Award. The edgy comedy and first feature from Michael Angelo Colvino, The Climb, and the dark and penetrating The Lighthouse by Robert Eggers. Eggers nabbed Willem Dafoe and Robert Pattinson for his third feature which is due on general release in the US in October 2019, in France in December 2019 and the UK in January 2020

All three Grand Prix films had screened first in Cannes in May 2019.

A special prize or two
This year's Special Award went to Swallow, a drama directed by Carlo Mirabella-Davis about a woman whose life seems perfect, but she starts swallowing dangerous objects.

The Deauville Town Audience Award went to The Peanut Butter Falcon directed byTyler Nilson and Michael Schwartz. They wrote the film for an actor with Downs Syndrome about a young man called Zak with Downs Syndrome who has been placed in a home for the elderly despite the fact he is only 22 years old. He hooks up with Tyler who is a petty criminal. Shia LaBoeuf and Bruce Dern feature in this one.

Last year's Grand Prix went to Thunder Road which had been at Cannes in 2018, in the independent distributor programme, L'ACID.