Man Grabbed With Pistol In Tamale 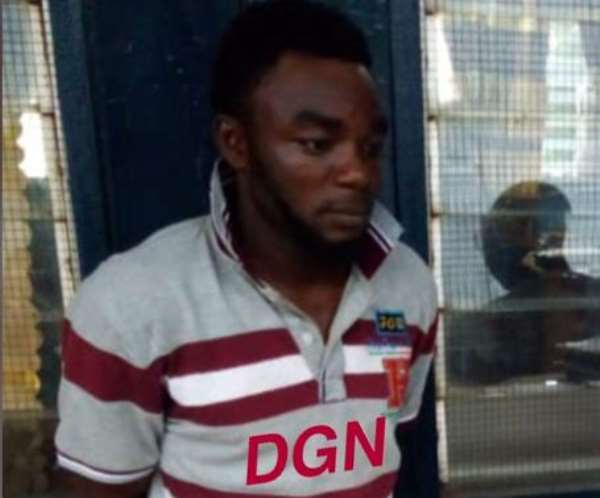 The Northern Regional Police Command have arrested one Mohammed Dakpema aged 28, for illegally possessing a firearm in Tamale in a swoop.

The swoop conducted by the police to arrest criminals in the metropolis resulted in the arrest of the suspect.

The Notthern Regional Crime Officer Supt. Otuo Acheampong told DGN Online that intelligence gathered indicated that some criminals were patronizing a particular pub in the metropolis and harassing residents.

That, he said, prompted the police to storm the place.

According to him, they arrested the suspect at the pub and when they conducted a search on him, they found a locally manufactured pistol.

“The suspect is currently in our custody and assisting us in our investigations,” he said.

Supt. Acheampong stated that it was a criminal offense to possess a weapon without license.

He called on residents to voluntarily surrender their weapons to the police, adding that anyone found with weapon without license, the law will deal with them.

The Northern Regional Security Council (REGSEC) has declared war on all criminal elements in the region.