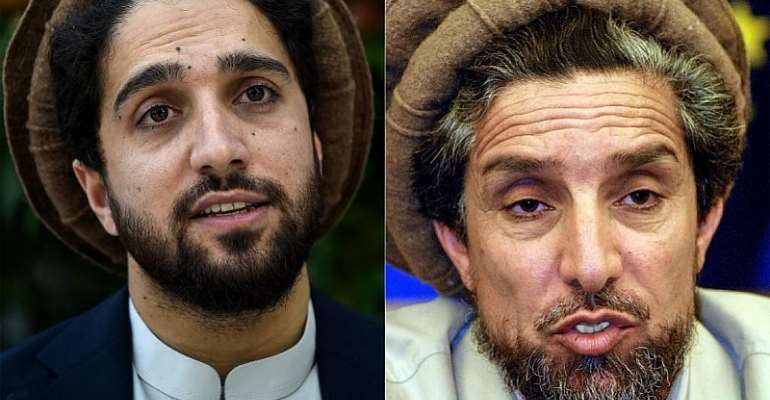 Armed with an Afghan woollen cap and firm political ambition, the son of legendary anti-Taliban commander Ahmad Shah Massoud has picked up the baton – 18 years after his father's assassination.

Ahmad Massoud chose the Panjshir Valley, the family's heartland north of Kabul, to throw himself into the political fray on Thursday – launching a new movement he hopes will reunite his father's followers and make its voice heard at presidential elections on 28 September.

The 30-year-old only son of Afghanistan's most famous mujahedeen leader has two goals: to drive out the Taliban insurgency and to restore power to the people.

He plans to do that through a grand anti-Taliban coalition that brings together groups supporting a free Afghanistan and a tolerant Islamic Republic. The hope is to defeat the Taliban politically – but also militarily if necessary.

“It's going to be a challenge and a test for Ahmad Massoud to establish his credentials – not only as a new generation leader, but as someone who can carry the mantle of his father and be seen as an inheritor,” says Atlantic Council fellow Omar Samad, a former Afghan ambassador to France.

“Afghanistan is a very different place than it was when Ahmad Shah Massoud was assassinated. It all depends on the timing, the messaging and the political framework the son can present – not only to people who are sympathetic to his father, but to Afghans all across the nation.”

Massoud junior was 12 years old when his father, the so-called Lion of Panjshir, was killed by al-Qaeda just two days before the 11 September attacks in New York.

He then spent many years abroad, going to high school in Iran and graduating from the prestigious Sandhurst Military Academy in England. He also got a masters of international relations in London.

In 2016 Ahmad Massoud returned to Afghanistan, where his father had been made a national hero by presidential decree – his bearded image visible on everything from billboards and windscreens to T-shirts and keyrings.

“The father played a critical role in Afghanistan's history throughout the 80s and 90s under very different circumstances; he seldom even visited a foreign country and only once did he go to a Western nation,” explains Samad, adding that it will be interesting to see how Massoud junior pursues his objectives.

“While the original homebase is the Panjshir Valley, Ahmad Shah Massoud was able to go beyond this 100-mile stretch and reach out to other communities – first against the Soviets and later against al-Qaeda, the Taliban and other extremist groups.”

Ahmad Massoud is stepping into the political fray amid fears that a resurgent Taliban will usher in a new era of hardline Islam on the back of talks between the militants and Washington that could see a major US drawdown.

Nine rounds of negotiations in Qatar have brought the US closer to ending its longest-running conflict. Under a draft deal, the Pentagon will pull 5,400 troops from Afghanistan in exchange for assurances from the Taliban that Afghan territory will not be used to plot attacks on the West.

While the US says the deal is contingent on direct peace talks between the Taliban and the government in Kabul, Massoud and others say the talks have given the Taliban a sense of impunity.

A US pullout risks collapsing Afghanistan's security forces, Massoud told AFP in an interview ahead of his political launch, adding that militias in the north and elsewhere are already rearming and reorganising themselves.

This is the reason he's had to walk the line between politics and militancy, explains Samad. “There's so much uncertainty and fragility in Afghanistan today that people such as Amhad Massoud are asking themselves: Do we emerge as a militant group – or do we emerge as a political group with the potential, under changed circumstances, of becoming a militant group?

“Despite the fact Afghanistan has a standing army, police force and intelligence services, they still feel the need to go beyond that and establish a defence mechanism.”