Adentan NDC Primaries: Ramadan not an Aspirant to win NDC the Adentan Seat 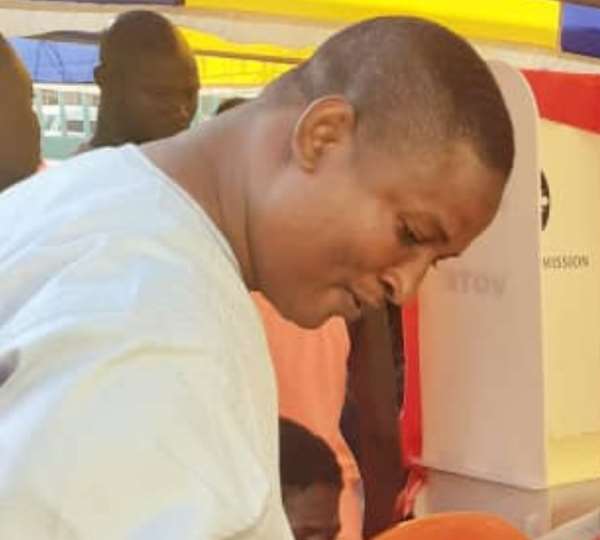 Just about two days to the NDC parliamentary primaries, the Adentan Constituency appears to be one of the most keenly contested constituencies in the Greater Accra Region. There are only two contestants in the parliamentary primaries, and they are in the persons of Lawyer Nana Oye Lithur and Mohammed Adamu Ramadan. The Adentan Constituency, although it is a swing seat, is eminent to the NDC, i.e., since the creation of the constituency in 2004, in the general elections, anytime NDC wins the parliamentary seat, the NDC presidential candidate wins.

In the light of the above, the results indicates that the 2016 general elections was the first time NDC lost both presidential and parliamentary with the presidential having less votes than the parliamentary – despite the arduous work His Excellency John Dramani Mahama did by campaigning on three occasions in the Adentan Constituency. Moreover, from hindsight, parliamentary candidates who have won the Adentan seats have shown commitment to deliver to the people of Adentan; a commitment that appealed to floating voters which Ramadan unfortunately lacks - being one of the reasons for his lost in the 2016 general elections.

As regards to Nana Oye Lithur’s participation in Party activities and political campaign, in the 2016 general elections, she and her husband supported Ramadan with financial and logistics support – who now comes as a spoon compared to a bulldozer when it comes to the task to reclaim the Adentan parliamentary seat for the NDC. In addition, she used her a mandate as a former Minister for Gender, Children and Social Protection to facilitate programmes in the Adentan Constituency for the benefit of both members of NDC and the general public.

Apparently Ramadan became a member of NDC in Adentan in 2015 – which renders him unqualified to be a Parliamentary Candidate. Moreover, he has not been able to validly refute the allegation of his strong family knit with the NPP – which he seems to be basking under at the same time an albatross in his political exploits.

His wanton display of opulence in the distribution of alleged NADMO logistics and cash to delegates is purported to have been bestowed to him by his junior brother Abu Ramadan, the Deputy NADMO Coordinator as well as from the NPP.

Countenance to that, as a biological son of Ghana’s Ambassador to Saudi Arabia, Ahmed Ramadan, and a brother to the Second Lady of the Republic of Ghana, Samira Bawumia, obviously does not give NDC the clouts in the upcoming 2020 general elections.

As evidenced in the 2016 general elections, for the second time, he will not be able to win the parliamentary seat for the NDC, although he will win more votes than His Excellency John Dramani Mahama. Per the intelligence gathered, opposition Party, NPP, is vehemently behind his aspiration to win the primaries in hopes of unduly influencing him to lose the parliamentary election in the 2020 general elections.

But from all indications, NDC delegates in the Adentan Constituency are willing to commit all efforts to reclaim the seat from the NPP, however the question as to who will drive the bus for them to reach that destination is obviously not in the person of Ramadan; and who is definitely not a person having the credibility to help His Excellency John Dramani Mahama win the presidential election.