A Land Betrayed And Raped!!! 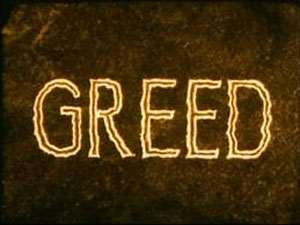 We were not born capable of any of these heinous acts. We were not trained to manifest any of its signs either. Nobody actually thought we could be that murderous, at least not to the woman who cradled and will perhaps, entomb us.

But we did. We did it out of no pressure and filthiness from her foes, but lamentably, out of the passion and intrigues that drives every traitor. Out of a burning desire evident in only greed. Greed that kept our mother in the chains of betrayal, buckled and dumped into the dungeons of corruption and infighting.

A prison she singularly, though with no ill-intent, bought for herself with the currency of child birth. But how could we be that heartless? How could a child mastermind the exploitation of the hands that held him to the breast: his truest source of food? How could a child deny the mother the chance to offer posterity the warmth of the same laps he sat on?

In not so many words, we told her we had gotten a new mother. A mother for whom we now steal and machinate. She brought us up to be responsible, but as able and strong as we are, we seldomly enclothe or feed our old woman. Ironically, we shamelessly take from her, the goodies she receives from her numerous sympathizers.

Sympathizers, are they? They are rather parasites who work in the guise of empathy, offering our mother with deals she labels as a mere symbiotic relationship harmless like the eyelid to the pupil. But am I that shameless enough to blame my mother for being in a situation I proudly aided?

I do not blame any of my brothers nor do I myself. I blame the new world order. The order that allows children to easily run to other women pleading to be mothered, when they clearly see the shambolic situation they had left their biological mothers in.

The funniest, however saddest part of our ordeal is, the children of these new mothers we forcefully gotten for ourselves, launch several exploitative campaigns with our help, against the same woman we forsook. As to whether some of my brothers gain from this bastardize enterprise, not much can be said.

Could we not just show our mother the love and care we seamlessly show this strange woman? Could we not stand up and tell these oppressors, enough of the rape, disrespect and inhumane treatments to our mother?

No, we cannot! We prefer to be the spectators here. Spectators who are sitting leg-crossed on the sofas we had gotten from this strange woman. Sofas we arrogantly robbed from our mother to acquire. They are superior to us, we always say. But how can one be inferior in his own house?