May 9 Foundation And DESO Put Smiles On People With Disabilities 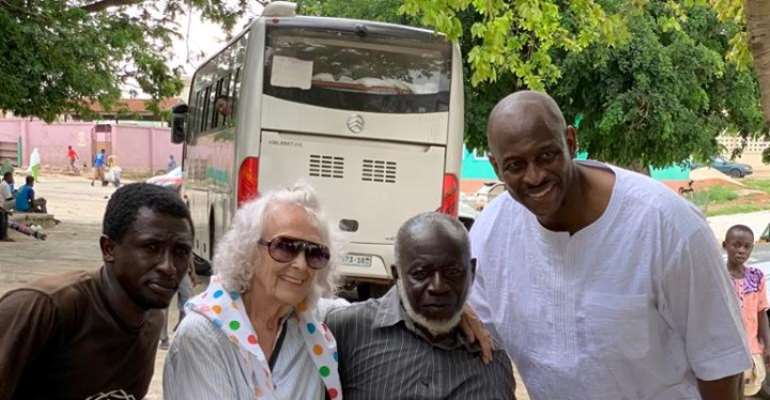 The May 9 Foundation, a philanthropic organisation on Thursday, August 15, 2019, distributed wheelchairs, walking sticks and other items to people with physical disabilities and the elderly in Nima, a suburb of Accra to put some smiles on the faces of the people.

The distribution of the items was facilitated by support from the patron of the charity Disabled Equipment Sent Overseas (DESO), Aunty Mavis, a British-Ghanaian woman whose charity work in Ghana spans over 64 years.

Members of the Ghana Rugby Football Union (GRFU) including Rafatu Inusah and Hakim Rahman were among those whose efforts helped to identify the truly needy members of the Nima community through the leadership of Imam Raisu Abdallah Musah. Imam Musah was a teacher at Salmania Islamic Arabic and English school in the Central Region but he is currently on retirement. 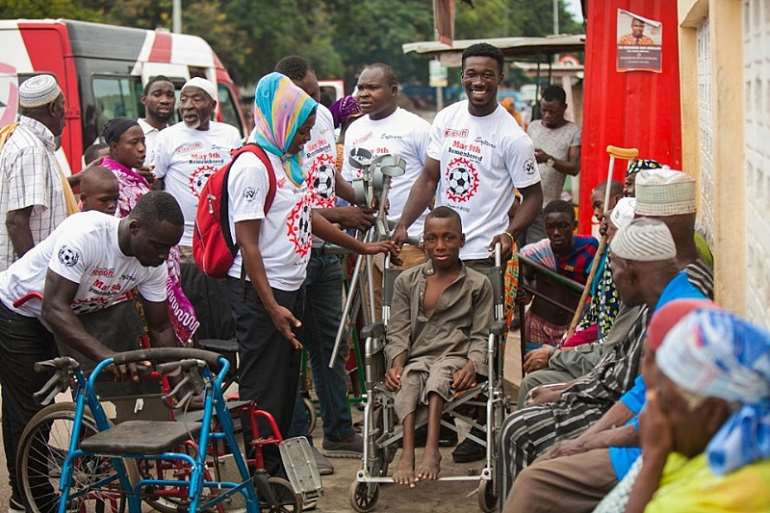 The people of the community - children, men, and women - through the leadership of Imam Raisu Abdallah Musah showed their gratitude to DESO and Mr. Herbert Mensah for the kind gesture towards them and sent out their prayers of guidance and protection to them.

Earlier in May this year, Aunty Mavis and DESO joined the May 9 Foundation in Kumasi to mark the 18th anniversary of the Accra stadium disaster with similar donations to poor disabled people living in Kumasi and its environs.

The President of the Ghana Rugby Football Union, Mr. Herbert Mensah, thanked Aunty Mavis for the donations and explained in a video broadcast that the donation forms part of the wider vision of the May 9 Foundation to continually put smiles on the faces of the poorest people in our communities in little ways.

“The May 9 Foundation has gone beyond supporting families of the victims of the stadium disaster to helping poor people needing assistance in general. And for us, what is important is that this support reaches the people who really need it. Most at times people make donations and it goes to the wrong people which does not serve the purpose”, he stated.

Herbert Mensah expressed gratitude to Aunty Mavis and her organisation for their commitment to the less well off. He also explained the evolution of the May 9 foundation and its charitable activities.

“We’ve kind of evolved from what happened on that terrible day of May 9, 2001, to try to help greater society. Throughout the year we get involved in little ways to help poor people without making noise about it”.

He encouraged others to get involved in their own little ways to help the poor and needy in society.

“Any time you can help somebody who hasn’t got it, do it. It doesn’t necessarily have to be big because it’s about the gesture and putting a smile on the faces of people, going into their homes and seeing that you are changing lives”.

The May 9 Foundation was born out of the Accra sports stadium disaster in 2001 which occurred amidst poor officiating and the application of wrong crowd control methods by the Ghana Police Service during a game between rival soccer clubs Hearts of Oak and Asante Kotoko.

Herbert Mensah, a Ghanaian businessman who founded the May 9 Foundation initially to help families of the victims, was chairman of Kotoko in 2001 when the disaster occurred and he personally participated in conveying and transporting the dead bodies and injured soccer fans on that sad day. The disaster claimed over 126 lives of Ghanaian soccer fans. 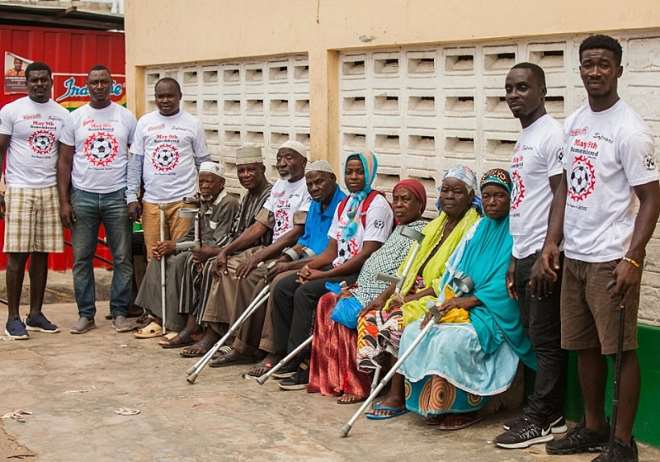 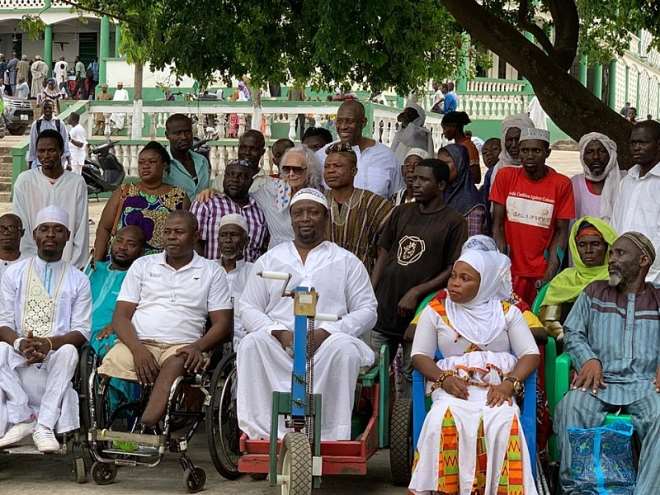 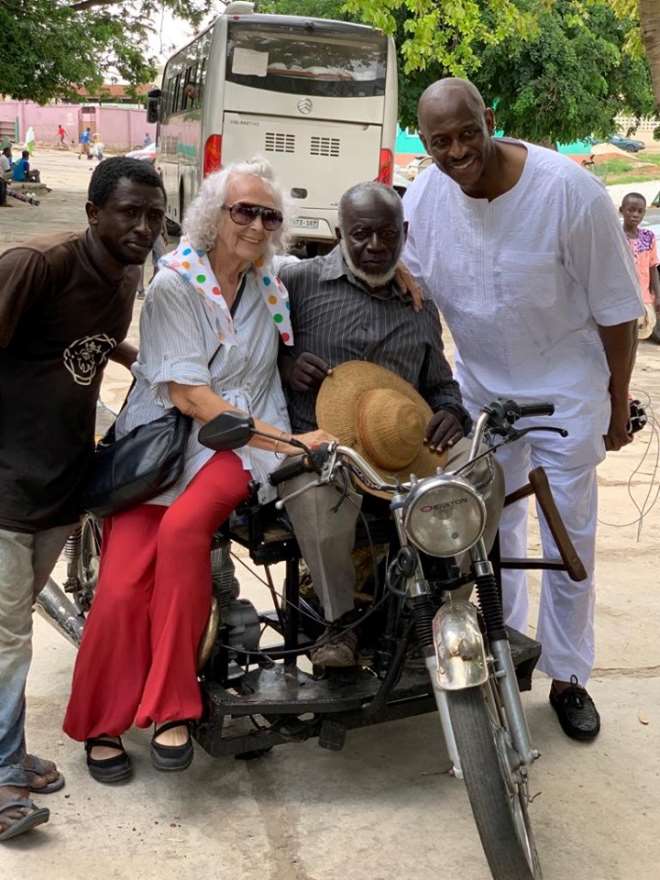