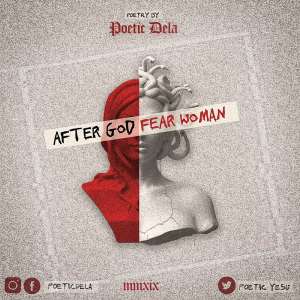 Mothers call them daughters
Friends refer to them as Girlfriends
Husbands call them their wives
How do you call them?
I know you wonder not
whom I aim at describing
But hey, their description
may be very misguiding
Because to one person
they are one of the most
beautiful things

God has ever created
but to another, they just
give an escort
They say, ” behind every
successful man there is a woman”
but some say
“behind every “suck-sex-feel”
smile on a man's face, there is a woman
Oh yes!
If we could see the actual face
behind those make-ups, then we
wouldn't have to employ the services
of lenses

If we could tell the actual motive
behind some messages in our dms,
then we wouldn't have
several unread messages
If they should have the patience
to listen to us when conflict
sets in,

then there would be no need for
drama on social media, then
and ohh…,
if they could show
us to the world
then “Trust” wouldn't be a word
for the gods
But wait!
If we can control our sexual urges
at the sight of big 'asses' and 'boobs'

Yes we can!
We can also expect less from them
and avoid blueticks and heartbreaks
We can come out real and truthful
and avoid disses and heartaches
But don't blame us!

Hope will be the discussion
and happiness the goal
if they also put aside
a bit of the filters on snap,
tone down the makeup,
reduce the telenovelas and
soap operas
and also the craze for likes and followers
Then the popular saying

AFTER GOD FEAR WOMAN will
tasteth good on every lip
It's all love.
Poetic Yesu.
NB: The poem above is published here as it was published the poet, Poetic Dela on: https://poeticyesu.blogspot.com

Subject matter/ Synopsis/ Summary Of The Poem
After God Fear Woman, a poem by Poetic Yesu is a piece about women and how they have evolved into complex human beings who should as well be feared. It tells us how different people relate and refer to them and how the opposite sex whom should fear them have actually contributed to that state of life. It also reveals self-made causes by women.

Detailed Analysis Of The Poem
Even though the poem is in twenty stanzas and a monostich, it divides itself into more parts in terms of the message it gives.

The first stanza of the poem is a big introduction that immediately tells the reader what to expect of the persona. It tells us how different people call a woman and goes ahead to rhetorically ask the readers how they also call women.

The last line indirectly says that the persona is so complex she probably has other ways of being called or referred to by other people. It also uses the last line as a form of an all protocol observed to seek permission from those readers who have other ways they see the persona.

Friends refer to them as “Girlfriends”, exposes the Ghanaian culture where the opposite sex are rarely and genuinely seen in a platonic relationship. It also exposes the thought that the opposite sex cannot be friends without any strings attached. The poem could have said, “Friends” refer to them as…friends which is what they should be referred to as if they are “Friends” but rather opts to call “Friends” of this woman “Girlfriends”. The caps lock given to what “Friends” refer to them as and not what Mothers or Husbands refer them to creates a premonition that the author might focus more on the relationship between “Friends” and “Girlfriends” rather than between them and as “daughters” and “wives”.

In the second stanza, the poet goes on to say that (“I know you wonder not/ whom I aim at describing“) his description in the previous stanza should make their guess for who his persona is easier but admits that the persona's “…description / maybe very misguiding“.

In the third stanza, he explains why they maybe very misguiding and also admits the depth of the personas beauty.

The fourth stanza says that while everyone acknowledges the relevance of the persona to a man, some of them however only value the sexual satisfaction they can get from them using a transliteration, “suck-sex-feel” of the word “successful”.

The fifth stanza reveals that there is an actual face behind what “make-up” covers of the “woman” while the sixth stanza also lays emphasis that women have a connotation associated to the denotation of their ways of living.

The seventh stanza suggest to the persona that patience can reduce drama the persona causes on social media in the mist of conflict while stanza eight refer to them of not trusting others.

The ninth stanza accuses men as being insecure people due to their inability to control their “sexual urges“, a stanza which is quite contradictory to what the smile on a man's face in stanza four acknowledges them for, “suck-sex-feel” concluding that both sexes are not angels after all.

In the tenth stanza however, the writer admits that if women will be accepted just the way they are with respect to their physical appearance which is described as “small and naturally gifted” then there would be no need for “knives” which is body enhancement surgeries or in the eleventh stanza see them go in for others, side “Ni99a”.

Stanza twelve provide suggestions as to how to reduce having the worse experiences with women.

Stanza fifteen and sixteen acknowledges their role in child development while stanza seventeen tells audience of getting what they actually want from women if they see more to them than getting sex with stanza eighteen listing the benefits of such perspectives on women.

Stanza twenty notes that women will not be feared if they also put aside what is in stanza nineteen which is social media, makeup and “telenovels“.

Themes Of The Poem
The Sophistication Of Women: The first stanza tells us that a “woman” is not simple by being known to people as different relations as the same time. The writer even proves this by asking the audience what other men who relate to women in a way he hasn't mentioned in his poem relate to them.

The second stanza admits that even their description can be very “misguiding“. Though the third stanza admits the depth of the woman's God given beauty and stanza tens “good looking asses and boobs” they still go to the extent of make up, social media filters and body enhancement surgeries.

Only The Women Are Not To Blame: Even though the title of the poem says “After God Fear Woman“, it also tackles instances where men are to blame for the ferocious acts of women such as in stanza ten when the poet admits that women are not always accepted just the way they are with respect to their physical appearance despite their beauty in stanza three.

Stanza seventeen also tells audience that they can get more from women than just sex. Stanza thirteen also shift blame from women to the previous “generation” for the perception they have successfully created about the “union” between “man and woman”.

The Role Of Women In Human Development: The poem acknowledges the role of women in child development in stanza fifteen and sixteen. Stanza eighteen goes ahead to list other benefits one can enjoy from women if they are seen to be more than what men see them to be: sexual objects.

Structure Of The Poem
The poem has most of its stanzas filled with quatrains and quintet, two sestet and one monostich, couplet and tercet.

Another important structure of the poem is it's punctuations. It has minimal use of punctuation marks that speed up the reading and rhythm of the poem. Where an exclamation mark is used, “but wait!” the writer commands another level of attention from the reader. The poem uses a question mark in a rhetorical question to say more with few words.

The poem uses double quotations not to represent dramatic monologues that is absent by the way but in popular quotes, transliteration's and slangs.

Diction Of The Poem
It uses the omniscient / unlimited narrative technique to show his command on knowledge about both men and women.

Shortness of the lines buttresses some of the poet's point.

It uses slang words like “boobs”, “ass”, “hole” and “asses” to represent private parts of the female body but not when it is made mention of in the stanza where childbirth by women is acknowledged. The choice of words for these two situations shows one situation command respect from the poet to the persona while the other does not.

Words like “blueticks” and “dms”, online slang for sending someone direct message on social media often for romantic purposes represents how the digital era has played a role in making women ferocious.

“Ni99a”, a colloquial term and a derogatory term used against black people is mentioned in the poem when they become an option for women in situations where men do not appreciate women.

“Ni99a” is used by the poet and not nigga because it is quite an offensive and racist word (and racism has nothing to do with this poem by the way).

Tasteth: This word is an archaic third-person singular of: taste to represent the fact that, what the poet feel about women is something that has been in existence for a long time.

Tone Of The Poem
The poem starts with a calm yet attention grabbing tone and guides the reader into a fast rhythm of run on lines.

There is regret when the man take note of his contribution towards the ferocious nature of the “woman“.

There is pain when the poet speaks of “heartbreak” and previous generations but feels hope when the role of a “woman” in child development is being acknowledged.

Literary Devices
Synaesthesia: In the last tercet, the poet uses words to confuse two senses of impressions, a type of metaphor that shares the qualities of the two senses: “word“and “lips“.

Words are heard with the ears and not “tasteth” with the lips.

Enjambment: The poem has minimal use of punctuation marks to allow thought run from one line to the next one without any grammatical interruptions.

Visual Imagery: The poem uses words that appeal to the sense of sight. “Make-up“, “asses“, “boobs” amongst others visually appeal to the reader.