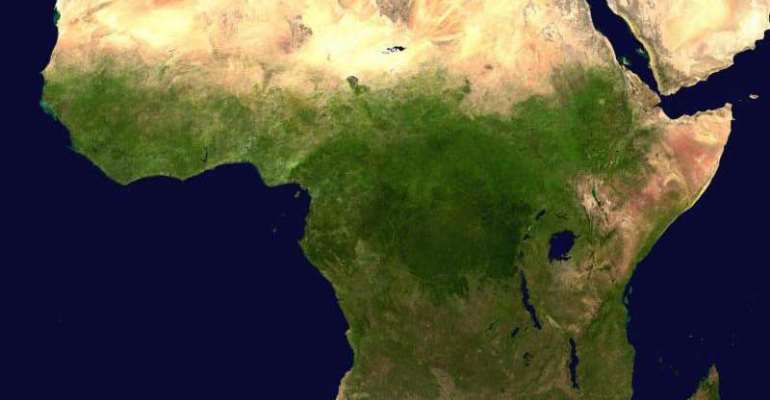 Religion has indeed taken the greater part of the minds of most African. The African think religion, breath religion, and smell religion, yet most Africans continue to be in stillness.

One will agree with me that there is no doubt that Christianity has taken over Africa. One may ask why is the Whiteman who brought this faith to the African isn’t jealous of the African looking at the rate at which it has spread and continues to spread. The number of christens continue to multiply each minute.

Running from one prayer camp to another has been the utmost aim of many Christians. You are wrong to think that praying always without thinking gives you a place among those who are making it in life. The height that great men reached in life never rested on prayer only but innovative thinking and ideas. Most Africans are poor and will continue to be poor until they change their thinking about religion. Today, if you look at the Whiteman who brought Christianity to our end, you realize that he who brought it has lost it if not completely is gradually losing it. Ask yourselves, how many hours does the Whiteman spend in the church? How many ours do you also spend in church every day? We have 24 hour in a day. The Whiteman will spend only 30 minutes in church and spend the rest of the hours working. No wonder there are developed and we are rotting in poverty. A greater number of Africans spend more than half of the hours we have in a day in church. Either one is in the church praying during the day when he his supposed to work, forgetting that God whom we are worshipping worked for six days.

Most Africans want to think and believe that they are the new Israel and that God will provide for them their needs, hence, their only duty on earth is to be praying. But you will bear with me that most people who only pray hard but refuse to work hard continue to borrow money the more. These people are owing one person or another. What is annoying most is that they will pray that God should let their creditors give them the money for free instead of praying to God to help them think out how to be creative and innovative. Never should you the African think that you will be the new Israel. God will not work for you while you continue to pray. But God will expect you to work harder. Ask yourself why God made his chosen people walk on the desert? The simple answer is that God wanted them to turn the desert into a fertile land as they journeyed. However, because they were fools, they only cried for their daily bread and refused to work. When they refused to realize what he expected of them, he only gave them manner but till when will they have to continue to eat manner? Get out of your room and work and stop the prayer camps routine.

Back to sender prayer: should you visit any church, you will realize that before they end, the one leading them to pray will raise the back to sender prayer. What a stupid prayer topic! During this prayer content, the faithful pray against “ghosts” who have planned ills against them. Ghost; because mostly such people they pray against do not exist. A long prayer after which all energy is strained out of the body is what most African Christians do. Take it from me this day that you are your own enemy. When you refuse to work and as a result you are enjoying poverty, you then conceive the idea of some enemies somewhere.

Work output is low in Africa because the energy to work will not be there after sitting at a prayer camp for the whole night. God will not perform miracles on marbles.

Africans have been recognized as religious but the religious ideas that the African has are all poisonous, most African Christians think for God instead of letting God think for them and letting God guide them to think. Think! Think! Think! Dear African who is reading this piece. Know that God who created you worked for six days and only rested for a day. Don’t spend all the hours you have in a day in church for you won’t develop while praying; but while working and making your work a prayer, you will develop.