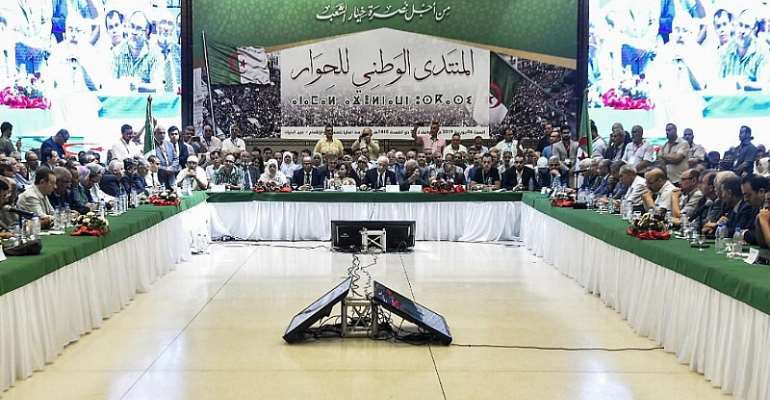 Algeria's caretaker government has surpassed the constitutional deadline to hold elections to replace ousted President Abdelaziz Bouteflika. With no date set for future polls and a political crisis crippling the country, many Algerians are wondering what happens next.

The current head of the interim government is to remain.

“Constitutionally, President Abdelkader Bensalah and government members need to stay in place until the organisation of the next elections,” explains Yassine Abdellah Rafik, a legal counsel in Algeria.

With the expiration of the interim government's mandate on Tuesday 9 July and the cancellation of the presidential elections that were due on 4 July, many are concerned about an escalation in the standoff between protesters and the government.

National Forum for Dialogue
At the weekend, the interim government called for a national dialogue to find a solution to the ongoing political crisis.

“The majority of the people who had the opportunity to attend spoke about the guarantees before going through the dialogue,” explains Rafik who told RFI that he was invited to attend the dialogue, as a possible representative of the “young elites”.

The second major point from the dialogue was to “organise free elections in order to solve this crisis”, explains the legal counsel.

But that point highlights the catch-22 situation this crisis has created.

Game of concessions
Protesters are still demanding that the current heads of the interim government step down because they represent elements of the government of former president Abdelaziz Bouteflika.

Without concessions from the authorities, the protesters are adamant they will remain on the streets until their demands are met – which was the case before, and led to the cancellation of the 4 July polls.

And the protests look set to continue to the point of crippling the economy through nationwide strikes until the demonstrators' demands are heard.

Such demands include the dismantling of the entire political system, including the departure of all symbols of the old system including Ahmed Gaid Salah, the army chief of staff, Abdelkader Bensalah, the head of the interim state and the government of Prime Minister Noureddine Bedoui.

Many saw the attempt at the national dialogue as simply a veneer to keep in place the current actors of the government.

“Basically there have been many concerns about that dialogue. It's seen to be another way to regenerate the old system, because you had so many old figures who were part of the system for so many years attending this national dialogue as part of the opposition,” explains Zine Labidine Ghebouli an Algeria-based political consultant and contributor to the Washington Institute for Near East Policy.

“In addition, many protesters complained about the fact that this national dialogue did not come up with any conditions for an efficient exchange.”

“Unless some serious concessions come from the political system including major resignations from the interim government, I don't think the protesters are going to accept any sort of dialogue,” says Ghebouli.

Leaders of the pack?
Those invited to the dialogue were primarily members of civil society and opposition parties.

Ghebouli says there doesn't appear to be any formalised leadership of the protest movement.

"At this point, the movement has to organise itself," he says. "The political system is not going to negotiate with 40 million Algerians. The system needs some representatives or at least mediators to actually be able to reach consensus on the next period.”

But Malia Bouattia, a British-Algerian activist points out that since the very beginning of the protests, there have been leaders: “There have been repeated meetings of civil society, bringing together trade unionists, journalists, students, academics, activists. The demonstrations have been taking place across the country for over 20 weeks now – this wouldn't be possible without networks of organisers."

The crucial problem preventing the country from finding its way out of the current political crisis is “the total lack of interest shown by the military and government to open meaningful channels of communication,” she adds.