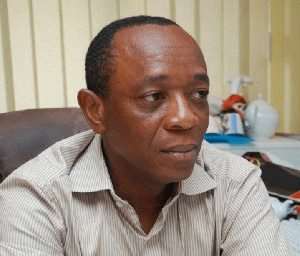 In the insufferably presumptuous press release published by the members of the Academic Staff of the University of Lagos, Akoka, Nigeria, the one egregious error made by Prof. ’Dele Ashiru, Chairman of UNILAG’s faculty union, was to cavalierly presume to self-servingly interpret Articles 3 and 4 of the Kampala Declaration on Intellectual and Social Responsibility blindly and/or unreservedly in promotion of the sort of socially irresponsible incitement to hatred that Prof. Nwagbara clearly seemed to be whipping up on the YouTube videoclip that went viral around the world barely a week ago. It is also very interesting to observe that the portions of the Kampala Declaration on Academic Freedom quoted by the Chairman of ASUU-UNILAG appears to trample or ride roughshod over the inalienable and inviolable Sovereign Rights of the Ghanaian people and their Government to jealously protect their geopolitical integrity from the sort of incendiary rhetoric used by Prof. Nwagbara, that could easily touch off extreme hostilities between arguably the two closest countries of the ECOWAS Alliance.

Well, this is what the aforesaid Kampala Declaration on Intellectual Freedom and Social Responsibility, as quoted by ASUU-UNILAG’s Prof. ’Dele Ashiru, has to say: ¶ “No African intellectual shall in any way be persecuted, harassed or intimidated for reasons only of his or her intellectual work, opinions, gender, nationality or ethnicity. ¶ Every African intellectual shall enjoy the freedom of movement within his or her country and [the] freedom to travel outside and reenter the country without let, hindrance or harassment. No administrative or any other action shall directly or indirectly restrict this freedom on account of a person’s intellectual opinions, beliefs or activity [sic].”

Absolutely nowhere in the preceding quote does the Kampala Declaration on Intellectual Freedom and Social Responsibility enjoin any African intellectual or professor to impetuously and unwisely export the sort of animus for Ghanaians espoused by Prof. Nwagbara to members of the Nigerian student and academic community in Ghana. But, perhaps, what we need to be strictly and intensively addressing here is the clearly intellectual and political support by both the Nigerian professoriate and that most populous West-African country’s Government for the deliberately targeted wrecking of Ghana’s Sovereignty and national security by, apparently, deliberately exported criminals by the Nigerian Government and the latter’s brain trust community, as it were.

Ghana’s flat refusal not to condone wanton acts of criminal depravity on the part of some Nigerians resident in our country, by squarely putting the blame where such is due, ought not in absolutely anyway be grossly misrepresented as a dastardly attempt to either “demonize” or negatively “stereotype” all Nigerians resident in Ghana. Rather, what we are saying is that the preponderance of the forensically sustainable evidence incontrovertibly points to the fact of Nigerian-born nationals resident in Ghana being inordinately dominant in the wanton perpetration of heinous crimes. Indeed, even as I write, 8 Nigerian nationals have just been reported to have been sentenced to death for “carrying out a string of armed robberies at money exchanges [Forex Bureaus?] and [ATM] cash machines across [The United Arab] Emirates in December 2016.”

We are also told that a ninth [Nigerian] man “was sentenced to six months, followed by deportation for possession of stolen money.” Now, it is significant to note that this piece of news specifically names the nine criminal convicts involved by their nationality or national origin. And guess what? This news event was not reported by any Ghanaian media establishment or media operative but, rather, by a reporter or reporters from the Gulf News Agency. So, why are Nigerian academics like University of Lagos’ Prof. ’Dele Ashiru and the Nigerian Ambassador to the United Arab Emirates not bitterly and/or virulently complaining or protesting this “racist stereotyping” of Nigerians as pathological criminals and scam-artists?

Is it because, somehow, Ghanaian journalists are not entitled to the same level of media freedom as Prof. Nwagbara, whose clearly untenable incitement to hatred against the Ghanaian people is so staunchly and jealously being protected and farcically championed by the faculty union of the University of Lagos, Nigeria? There is also this lame argument that the overwhelming majority of Nigeria’s 200 million people are diligently engaged in legitimate professional activities all over the world. Well, that may very well be an indispensable truism. But, of course, it is equally true that among nearly every nationality in the world, it is invariably a small minority that appears to be incorrigibly engaged in wanton acts of criminality. Our contention here, however, is that out of these disparate criminal minorities, Nigeria seems to have disproportionately produced an overwhelming majority of this criminal minority. And Nigerian leaders had better take full responsibility for this bizarre situation, or they may very well see themselves fighting just about all the countries in the world.

Hopefully, now that Ghana has been admitted to full-membership status of the Francophone Alliance, the language barrier that regressively militated against the forging of a more organic and intimate relationship with such immediate neighbors kinsfolk as Burkina Faso, Togo and Cote d’Ivoire, would provide Ghanaians with much better neighborly alternatives to crime-prone (Or is it crime-addicted?) Nigeria. The press release published by the University of Lagos’ professoriate, also clearly points to the fact that higher education for the average Nigerian intellectual, even “erudite” intellectuals like Professors ’Dele Ashiru and Augustine Nwagbara, is akin to the proverbial pouring of tons of water onto the feathers of a duck.

Threatening to physically attack Ghanaians resident in Nigeria, “if something happens to Prof. Nwagbara,” is strikingly akin to a warning issued by the leaders of the Boko Haram terror machine. Maybe, like the authorities of the United Arab Emirates, Ghanaian leaders may need to impose the death penalty on every Nigerian resident in Ghana forensically proven to have committed such heinous crimes as armed robbery, rape and murder. Like the sheiks and politicians and, indeed, the entire citizenry of Dubai, the United Arab Emirates, Ghanaians also no less deserve our peace and security without any let or hindrance (See “University of Lagos Staff Threaten Reciprocal Attacks on Ghanaians” MyNewsGh.com / Ghanaweb.com 6/21/19).