Rationalizing The Intent Behind The June 4 Hypocrisy Of Rawlings 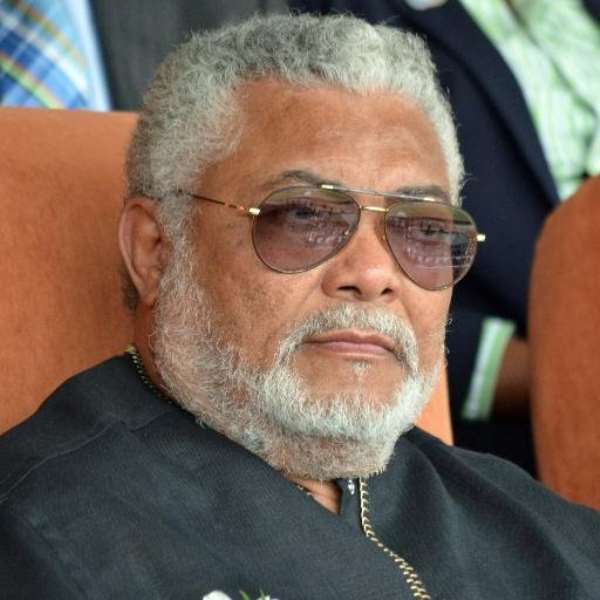 Having just read the entire speech for the first time, I take the impression that, Rawlings did not only target the indemnity clause in the transitional provisions as many commentators make it seem. He also intended to include other provisions dotted in the Constitution which indemnify public officers for their wrongful acts. For example, article 293 ensures that the State bears responsibility for the tortuous wrongs of public officers in the discharge of their assigned duties. Combined with the facts of Sam (No. 2) v. AG, where with the making of Divestiture of State Interests (Implementation) Law, 1993 (PNDCL 326) the Government sought to bar and oust the jurisdiction of the court in any proceedings against the State or its agents in respect of any act or omission arising out of a disposal of any interest made or under consideration under the law, it can be distilled that Rawlings also intended "indemnity clause" to include article 293 and its likes such as the provisions on constitutional immunities.

The legal question is whether the transitional provisions can lawfully be amended. This question has excited the minds of many legal scholars almost since the very birth of the Constitution itself. One side argues that the sovereign people have the power at all times to amend their constitution (or to change their will, if you like), while the other group hold the view that the Constitution can only be amended through the chapter 25 method. All amendments are done by an Act of Parliament. Article 299 explicitly immunes the transitional provisions from amendment.

Another legal question is whether the courts can lawfully entertain actions to grant relief or remedy barred under section 34. In Kwakye v. AG, the court expressed the view that its jurisdiction was divested to grant a remedy to the plaintiff even though the trial of the former IGP was a sham and gross injustice. Prof. Kwaku Azar takes the position that the December 31 case is evidence of the court's power to assert jurisdiction in indemnity clause matters. He cites specifically the judgment of Amua-Sekyi JSC (as he then was) in support of this view. But with global respect to the revered Professor, Amua-Sekyi expressed himself not in that manner. Overruling the decision in Kwakye's case, the learned judge differentiated the facts of the case and Kwakye's from what is contemplated under section 34. The learned judge found that section 34 refers in toto to actions which seek to render the indemnified class of persons (coupists) personally liable in damages or in life and limb for the wrongs or crimes against which the indemnity lies.

Traditionally, the AG always contend that under section 34 the court has no power to question the validity of PNDC Laws since the said laws were acts or purported acts of the PNDC regime. Sam (No. 2) v. AG, December 31 case, etcetera are instructive in this regard. To say about Amua-Sekyi's opinion in the December 31 case as Prof. Kwaku Asare do is to claim that the indemnity clause is a spent force like the rest of the transitional provisions. But section 34 is a special provision which derogates from the general transitional provisions; just like the derogation of clause 12 from clause 11 of article 19 or article 99 from article 129(1). Thus, while the rest of the transitional provisions became spent after the transition the indemnity clause is a permanent provision. In the words of Archer JSC (as he then was), the indemnity clause is "judicial action-proof, judicial review-proof and judicial review-proof". Let me add that it is also amendment-proof!

In view of the above, Rawlings is right to suggest a rewriting of our constitution anew to meet our changed demands (expulsion of indemnity clauses and others). My philosophical friend Fred Akweter will ask "how" or perhaps exclaim "coup d'etat" since a "redrafting" is not within the contemplation of the 1992 Constitution. But in favour of necessity, we the people of Ghana drafted the 1960 Constitution while the 1957's was subsisting. We can do it again; after all, sovereignty is in us. We should redraft our constitution in a way we can easily obey. But of course, the record of Rawlings in power betrays him for making such a reasonable call. Nevertheless, that suggestion is our surest bet to a more just society. The constitutional immunities granted the head of state and legislators are quite unfair and amount to travesty of justice. The new constitution should realize the true effect of equality before the law.

God bless our homeland Ghana and make our nation great and strong!