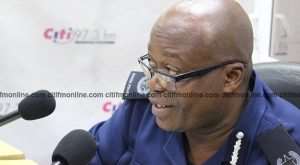 Although some Ghanaians are applauding the service for its swift action in finding the missing foreign nationals, others have criticized the service and accused it of prioritizing the rescue of the foreign nationals as against the three Takoradi girls who are yet to be found.

But ACP David Eklu said although both cases looked similar, they were not the same and the police got adequate support and information from the public to help it successfully carry out the rescue operation of the Canadians.

He, therefore, urged Ghanaians to support the police service in the case of the kidnapped Takoradi girls to enable them effectively carry out a rescue operation for the girls.

ACP David Eklu made this known in a Citi News interview where he said the police service is collaborating closely with other security agencies in the country as part of its work to rescue the girls.

The police, together with other state agencies on Wednesday successfully rescued two Canadian women who were abducted last week.

“The combined efforts that we are putting in, is working well, similar to what we are doing in Takoradi incident. The incidents may look similar but they are not the same. The information that came through the public for us was very encouraging. We hope that we will get the same information from the public in respect of the other pending cases.”