Is Agalga Right Or Wrong::---NDC Chairman's Arrest  Will Heighten Insecurity? 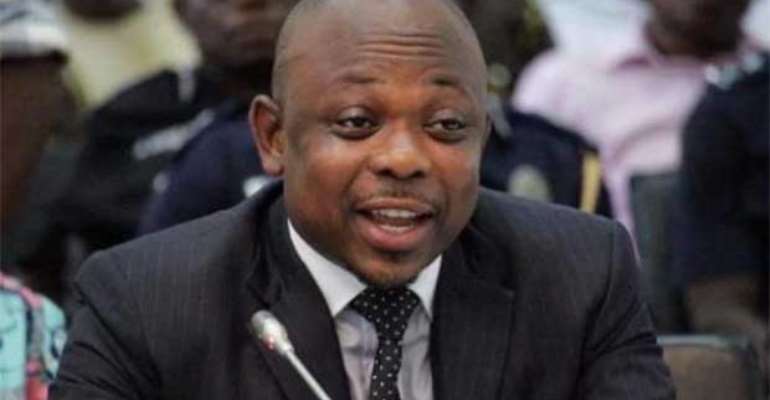 There are people who love Ghana.

And there are also people who love to subvert this beautiful country, sink it and suck it till there's nothing more to suck.

Don't forget, the only time we hear,

The Earth is caving in or hell is breaking loose is when it's them and not us. It's when they're in trouble, that they shout 'Aluta' or 'Mayhem'...

They cry wolf and shout witchhunt.

Why would you even ask CHRAJ to pursue somebody when it's your turn to smell the rat?

Oh, I know that as fact.

I know they want us to keep our mouths shut and get our inks dry, while they continue to run the national kitty empty, sit around the campfire and sing Kumbaya.

Because we wash our faces upwards.

Who doesn't have rights like the NDC Chairman or the President of the Republic?

We all have rights. And we are all Ghanaians.

So let's stop grouching like a bear and approach issues without looking at them with our political lenses and compasses.

I believe, until we see wrong as wrong and right as right and not NPP or NDC, this gladiator politics won't stop.

"We will not countenance that the national Chairman has rights and he's in court..if they feel they have uncovered fresh evidence, let them amend their charge sheet," says Mr. James Agalga NDC leading member.

Mr. Agalga thinks the arrest is politically motivated and the chairman's rights are being trampled upon, questioning why the police will not allow the case in court to end before the invitation. He noted that the kidnapping case had already been dropped.

His comments followed a warrant that was issued on Monday 10 June 2019, for the arrest of the national Chairman of the NDC Samuel Ofosu Ampofo.

Can the police execute an arrest warrant?

The answer is yes. And I'm pretty sure Mr. Agalga knows that police can search one's home while the individual or suspect is still in court.

If a judge is convinced that there is "probable cause" of either criminal activity or contraband at a place to be searched, he or she will issue and sign a search warrant. This is a court order that allows the police to search a specific location for specified objects at a specific time. So, I guess the inevitable question is:

Does the respected lawyer know if the judge has adequate reason to believe that evidence of a crime will be found there?

And is he doing this because he thinks Mr. Ampofo has more rights than other Ghanaians?

However, there are limits to the ways police officers can act while enforcing a warrant. They can search only the place described in the warrant.

And this is Mr. Agalga again: "I believe the chairman's arrest will only heighten the state of insecurity in the country. But they cannot continue to use the state apparatus the way are trying to use it. .to harass and intimidate our chairman."

Mr. Ampofo had refused to honour an invitation to report to the Director-General of the Criminal Investigation Department (CID) Maame Tiwaa Addo Danquah to assist in investigations regarding the recent spate of kidnappings and arson in the country.

Local media reports indicate that the invitation was necessitated by a suspect who has accused Mr. Ampofo as being behind the kidnappings.

Mr. Ampofo's lawyers are unhappy about the turn of events..And they've described the invitation as "political harassment" and "intimidation."

Ade Coker Greater Accra Chairman of the NDC had dared the police to go ahead with he said was an attempt to intimidate Mr. Ofosu Ampofo.

"I'm positive that in the days coming all of us will Marshal ourselves and make sure that we show the might of NDC. I think for a long time we've become very dormant so it's about time we bare our teeth," he said.

Indeed, the law is no respecter to anyone.

Apparently, it came from the other side of the divide. But why the jubilation?

And not when you both have rotten apples or bad guys in your camps.

Verily, verily, I say unto you, don't jubilate yet, because amongst you there are no Saints.

And it won't be long the raging fire would extend its territory.

Therefore, I say to you-- dare not the police, if you know you've skeletons in your wardrobe. For the sun will soon catch up with you and your seemingly bravado attitude will die prematurely.

O' I can't wait to see the day Ghana Police will stand tall and put on its dignified attire.

And the police will respond:

I say I can't wait to see the day the police will arm themselves with the laws and not guns drawn in the middle of Ayawaso Wuogun' streets.

Mr. Ofosu Ampofo is standing trial for conspiracy to assault the public officer and conspiracy to cause harm after he was secretly recorded allegedly outlining plans to cause mayhem.

The author has 412 publications published on Modern Ghana.