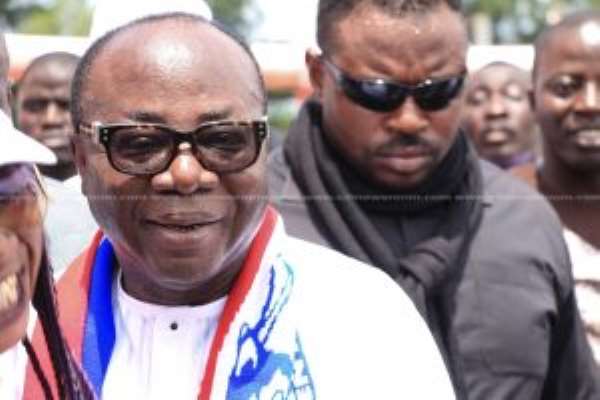 The Commission of Human Rights and Administrative Justice’s (CHRAJ) attempts to drag the National Chairman of the New Patriotic Party (NPP), Freddie Blay, to court for contempt has hit a snag.

The court has directed CHRAJ to exhaust all the available means of serving Mr. Blay a summons before exploring court action.

The judge, Justice George Koomson, asked the lawyers of CHRAJ to try serving Mr. Blay in his home when it came to his notice they had only tried serving him with the summons to appear before them at his various offices.

CHRAJ filed a motion to commit Mr. Blay for contempt at the High Court after the failure of the NPP Chair to respond to several requests from the Commission to provide it with information about the 275 buses he donated to his party's constituencies ahead of the NPP delegates conference in 2018.

As part of their case, CHRAJ attached a document showing that Mr. Blay, had received the motion but failed, refused and or neglected to oblige the commission with his comments as requested.

The claims first emerged in July 2018 when Mr. Blay was accused of vote-buying after he took delivery of 100 out of the 275 buses he procured for the constituency offices days to the party's delegates conference where he was contesting to be the party’s chairman.

Blay facilitated the purchase of the minibuses with the backing of the party, and reportedly made a down payment of $3 million, which constitutes 30% of the total cost of 11.4 million dollars for the 275 cars.

He is said to have contracted a loan facility from Universal Merchant Bank (UMB) to procure the 275 buses.

Mr. Blay, after winning the elections, explained that the NPP was only putting in place measures to strengthen its campaigns.