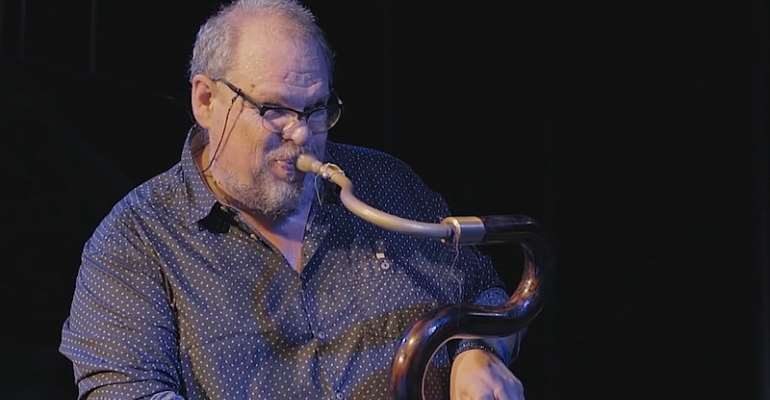 French avant garde jazzman Michel Godard is one of the world's leading players of the serpent, a Renaissance wind instrument, ancestor of the tuba and which was first used to accompany Gregorian chant. The instrument's connection to the sacred is wonderfully rendered on his latest album Awakening recorded with Azerbaijan's Alim Qasimov.

Godard started out as a classical tuba player and joined the Radio France Philharmonic orchestra aged just 18. His love of early classical music pushed him to look for an instrument he could play it on properly.

He discovered the serpent and "completely fell in love with it".

Made from wood and covered in leather with a mouthpiece made of cow horn, it has a softer sound than the tuba, closer to the human voice.

"The serpent is a sacred instrument," says Godard. "Like most religions, [the Catholic Church] had a wind instrument to make the connection between earth and heaven. And the serpent had this role."

Godard has worked with scores of musicians and singers from both the jazz and classical music world and his latest adventure, Awakening, is with renowned Azerbaijan singer Alim Qasimov.

The serpent offers a counterpoint to Qasimov's soaring maqam, his variations on Azeri poetry and traditional chants. With enchanting results.

"Being on stage with someone like Alim Qasimov, you immediately feel when he's singing that it's not him, there is something coming to him, that passes through him," Godard explains.

"He is completely connected with something else, you can call it what you want: it can be God, energy, creativity,  something is coming through him, this is absolutely sure, and to be on stage with him is wonderful. I never felt this so strong."

Listen to the full interview to hear about how Godard and Qasimov met, worked together and the fascinating history of the serpent: its French origins, fall from grace and revival thanks to a British trio.

Michel Godard and Azim Qasimov play at the Morgenland festival on 14 June 2019.

Awakening is out on Buda Musique