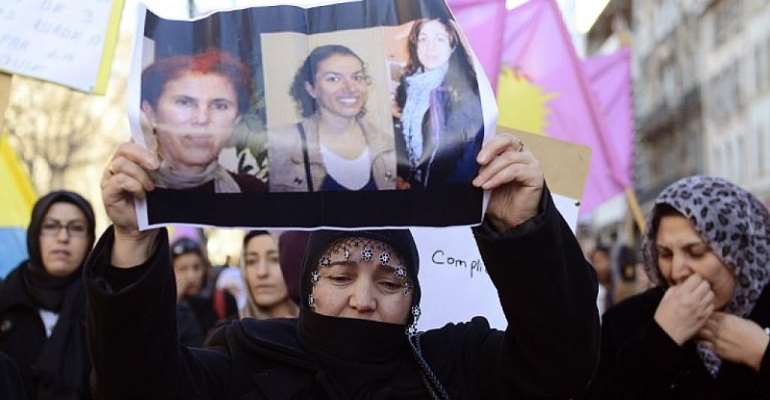 A French anti-terror judge has been mandated to reopen an investigation into the killing of three Kurdish activists in Paris in 2013, following a request by the families who insist the Turkish intelligence services were involved. The case was closed in 2016 when the main suspect died.

Turkish national Omer Guney had been charged with murdering the three women, but died of brain cancer in December 2016 before the case went to trial. He was charged with shooting dead Sakine Cansiz, one of the founders of the outlawed Kurdistan Workers Party (PKK); Fidan Dogan and Leyla Soylemez in January 2013.

He denied being involved in the murders, though investigators said they had surveillance footage of him at the crime scene and DNA of one of the victims was allegedly found on his coat.

His death meant that the case against him was closed, but the victims' relatives pushed for the investigation to be continued.

The families filed a first complaint at the beginning of 2017, with documents that they said showed that Turkey's National Intelligence Organisation (MIT) was involved. Police reopened the case in order to look at the documents, but then dropped it.

In March 2018 the families filed another complaint to ask for an investigating magistrate to be involved, and on Tuesday Paris prosecutors opened an investigation into alleged complicity with a terror group.

Investigators had concluded that the Turkish national intelligence agency was "implicated", though they were unable to establish whether it sponsored the hit, or if agents were acting on their own initiative. In January 2014, MIT officially denied any role.

Turkey has been fighting the PKK since it launched an insurgency against the state in 1984, initially fighting for independence, and now for greater autonomy and rights for the country's largest ethnic minority.

It is banned as a terror group by Turkey, as well as the United States and the European Union.