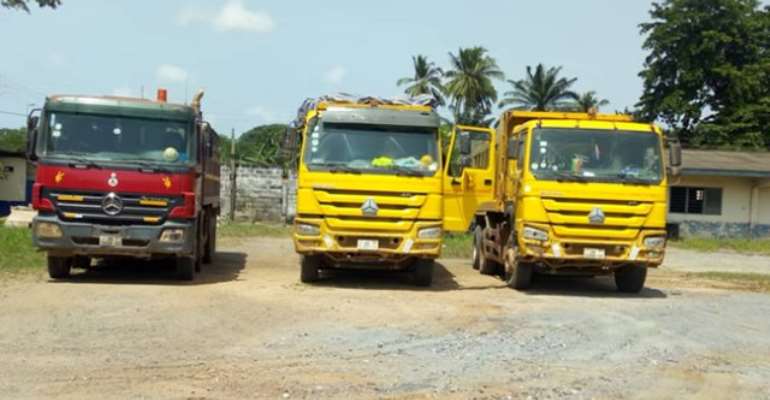 He was accompanied by officers of the Municipal Assembly and a soldier. Some drivers of the trucks bolted after encountering the team, the reporter said.

One generator and three water pumps have been seized and six car batteries were removed from the trucks.

According to the reporter, Osamduodu Quarry Company uses the rocks and boulders for the construction of a sea defence wall in Takoradi.

She reported, the company insists it is licenced by the Minerals Commission