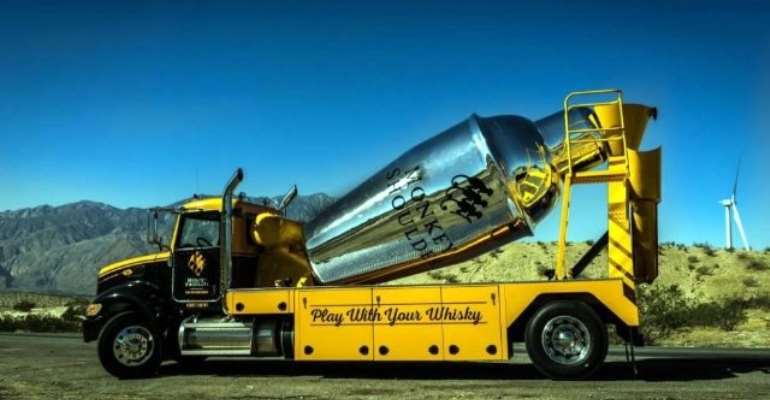 A distillery announced that its giant mixing truck, which looks like a hybrid of a cement mixer and a martini shaker, is going on a tour of Florida.

The makers of Monkey Shoulder whiskey said the "Monkey Shoulder Mixer," a 27-foot-long truck with a 2,400-gallon drink mixer on the back, will be serving cocktails at various locations in the Orlando area during the next week.

The truck, unveiled for the first time at Arizona Cocktail Week in February, will be serving up a cocktail called the "Mixed Up Money."