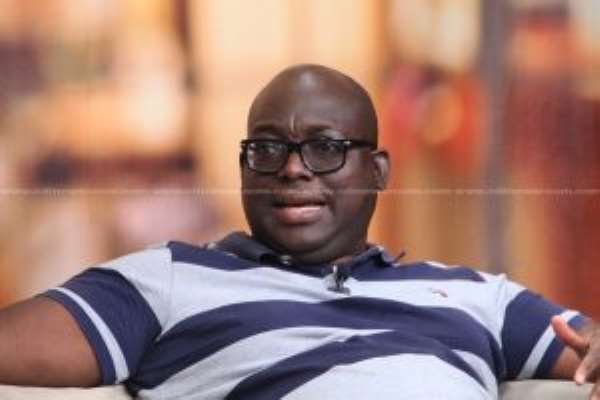 According to him, government must tackle the menace by taking pragmatic measures aimed at dealing with its root cause.

Speaking on The Big Issue, Nii Kpakpo suggested that the President should among other things consider seeking international assistance and roll out initiatives to incapacitate the powers of members of these militia groups.

“The President's call that the two parties alone can deal with this issue is clearly out of the window. We should consider bringing international security experts who know how to properly demobilize these people. There should be reorientation of these people and probably find them alternative employment which will keep them from these nefarious activities. The scary part is that we have already given them the skills in weapons [handling]. We need to demobilize them because we have seen what problems there are. We have a duty as a country to confront these problems and to find serious solutions to them.”

Nii Kpakpo also wants a complete overhaul of the security apparatus of the country ahead of the next general elections.

“We are playing with fire. I think this Commission is a make or break affair for me especially for election 2020. If we don't take decisive steps to deal with this problem and use external help to demobilize these vigilantism group it will bring more problems. Let’s deal more seriously with those already in our security set up, take all of them out and then put our security role back in the hands of the traditional force which is the Police Service.”

In the wake of the Ayawaso West Wuogon by-election violence, President Akufo-Addo promised to use legislation to stop the political vigilantism if the two parties fail to stop it voluntarily.

He has also directed the New Patriotic Party to extend an invitation to the opposition National Democratic Congress (NDC) to discuss how to disband their respective vigilante groups.

With several back and forth by the two parties, the NDC requested for a third party like the National Peace Council and other civil society groups to mediate the dialogue between the parties.

The NDC had also requested for the other opposition parties be included in the dialogue but President Nana Akufo-Addo noted that bringing on third parties is not necessary because political vigilantism “has unfortunately been associated with the National Democratic Congress and the New Patriotic Party.”

President Nana Akufo-Addo is, among other things, dismayed by the conditions the National Democratic Congress (NDC) has set for a meeting with the New Patriotic Party (NPP) to end political violence and vigilantism.

But the President said he saw “little basis” for some of the requests in his response to the NDC.

“I am dismayed, and I believe that the Ghanaian people share my dismay, that the two parties who have dominated and continue to dominate the politics of the fourth republic…cannot meet to dialogue on matters of our nation's governance and political culture without the intervention of outsiders. It is important that we trust in our own capabilities to resolve our own problems.”

In a pledge of support, President Akufo-Addo added that the “government stands ready to provide a venue if it is the wish of the parties.”

Founder and General Overseer of Perez Chapel, Bishop Charles Agyin-Asare has said he supports President Nana Akufo-Addo's call on the two leading political parties to begin a process towards disbanding vigilante groups in the country.

“I want to use the platform of this message to make a sincere, passionate appeal to the leaders of the two main political parties in our country, NPP and NDC, to come together, as soon as possible, preferably next week, to agree on appropriate measures to bring an end to this worrying and unacceptable phenomenon of vigilantism in our body politic.Ghana's democracy does not need vigilantes and vigilantism. It is in this light that I welcome President Nana Akufo-Addo's call for the two leading political parties, the NDC and the NPP to begin a common process towards disbanding all party militias or vigilante groups in the country as soon as possible. I suggest a multi pronged approach towards this effort.”