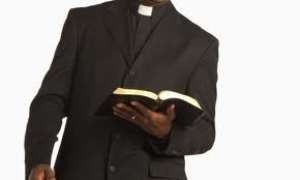 A list of recalcitrant protestant, Pentecostal and evangelical pastors is being put together in United States of America and Canada.

When compiled, the list will form the basis that will support a petition to the government of America and Canada to hunt and deport these illegal immigrant pastors who have overstayed their visas.

Again, when the list is ready with the petition will make a strong call to these governments to cancel the visiting visa issued to foreign pastors to head societies in America and Canada.

Accordingly, instead of issuing visas to foreign pastors to head societies in America and Canada, the affected societies would be urged to train pastors locally to head their societies.

Some individual persons who are fighting against human trafficking, illegal immigration, anti-gay and lesbian practices in America and Canada are those compiling the list to file the petition.

Don’t underrate such individuals when it comes to firing anonymous letters and petitions to inform politicians, lawmakers, law enforcers and the government to take action on burning issues in America and Canada.

The memories of the 36 soccer fans from Ghana who were denied Canadian visas to support the under 20 female teams the Black Princess has not gone away yet.

One of these individual anti-human traffickers fired a petition to the government to stop those suppose soccer fans from coming to Canada.

Unclear purpose of visit, personal assets, financial status and insufficient funds to travel were the reasons the Canadian government gave for the denial of the visas.

But alarmed over the reported cases of some Ghanaian fans that traveled to Brazil to watch the last world cup but later applied to seek asylum in Brazil after the tournament caused the 36 visa denial to Canada.

If the Canadian government was wrong in denying visas to the 36 soccer fans, what about the 25 suppose sports journalists who were denied entry into Australia to participate in the Commonwealth games?

For security reasons, [Samuel] who gave only his first name observed how abhorrent ministers of God who swore to proclaim the gospel of Jesus Christ in foreign countries sell their souls to the devil for immigration status.

He could not understand why pastors, evangelists and reverend ministers and bishops cannot be honest to God and to themselves by living truthful and principle lives thereby betraying their followers.

“A pastor of good standing in a foreign church has been nominated, seconded and approved by the church council to come and head its society in either America or Canada for five years.

“Visiting visa permit has been issued to the pastor, his wife and three children to live in America or Canada for five years. When they complete their five year term then defect their original church which brought them over and form different churches to enable them over stay their visas” he revealed.

Samuel quizzed, “Is it right for pastors, reverend ministers and evangelists to involve themselves in these kind of fraudulent immigration practices to create problems for everybody?”

He observed that, most foreign churches with their societies in America and Canada were more united, vibrant and excellent in spreading the gospel without pastors only to face problems when the pastors arrive to head.

According to him, some members of protestant, Pentecostal and evangelical churches in America and Canada are raising red flags about the collapse of their churches here due to the behaviour of these recalcitrant immigrant pastors.

The concerned Christians from church societies in America and Canada are not happy about the way some visiting pastors, ministers and evangelists focuses on money, luxury, foreign citizenship to create factionalism in the various societies that kills the idea of Christianity in foreign missions.

Samuel said, some ministers appointed by their church overseers to lead its societies in America and Canada, only take up their post to seek their personal needs and not offering pastoral leadership to members and the community.

He further observed that many of these pastors have either defected from the church that posted them to head the mission societies or have refused to return to their countries of origin to be reassigned.

Rather they are overstaying their offices imposing their ideas outside that of the church constitution and that of the bible on members thereby creating factionalism in these societies.

As a result of these, most Christians in America and Canada are slacking in church attending as rampant breakaways looms, creating family feuds.

It is time churches in Ghana have to openly declare their position against same sex marriage or otherwise.

Parliament, sportsmen, academicians, civil right groups, fellowships and associations all have to declare their position on the matter and stop being hypocritical.

Interestingly, a quite number of protestant, Pentecostal and evangelical churches, organizations and societies as well as men and women described as dignified persons in our society preferred to keep mum when asked if they support same sex marriage.

Congratulations to those who have come out to declare their position for or against same sex marriage. At least they have given us an idea what they are for or against in order for us to know how to deal with them.

For those heads of churches, organizations and fellowships “big men” with big titles and long cassocks” who is keeping mum on the topic, the question is how long they will continue to bury their heads in the sand and leave their followers undecided about the burning issue threatening Christianity.

As heads of God, truth must be told to them that their behaviour of not leading their followers to declare their church’s position against same sex is a total betrayal of Christ as the way, the truth and the light as they have sworn to be his disciples.

First, we need to clearly see the role of God in our present social and spiritual life situations. In recent past, we have had pastors and reverend ministers of protestant, Pentecostal, and evangelical churches publicly joining same-sex churches or organizations implying that that was a wrong way for Christians to live.

It has been observed that Christianity has been entangled in a social and spiritual process and the essence of the gospel has been lost in the wider culture.

There again the better we understand how God is involved in the church, our social and spiritual lives, the more likely we will be kept from the folly of identified sins abominable to him.

Now it is very true that the Presbyterian Church of Ghana has declared it does not support same-sex marriage and does not ordain gay and lesbian reverend ministers and has severed ties with churches in the diaspora which supports same sex marriage.

They continue to parade in white and long cassocks as bishops and pastors in Ghana keeping mum on the burning issue only to sign a memorandum of understanding between their churches and same-sex marriage churches to receive donations for their churches.

What entails in those memorandums of understanding between their churches and that of those same sex churches no one knows as is kept secret from members of the church.