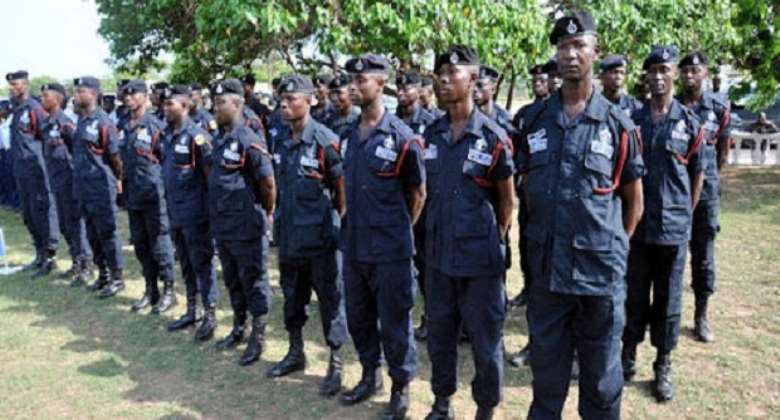 Ghana has suddenly become a society entrapped in restless and relentless consumerism where materialism become the new religion and money the new God. It is against this background that every unemployed youth in the country wants to associate himself with powerful party bigwigs in order to put food on the table for their families. This informs the reasons behind the adventurous actions being taken by members in these groups.

Activities of these groups are very inimical to the peace of the country hence igniting loud unending calls, emanating from well-meaning Ghanaians to wage war against the very activities and existence of these political vigilante groups in Ghana. The activities of these private political party's security groups have taken centre stage in our various media outlets in recent times.

The existence of these groups, which stems from the various political parties in Ghana, notably, the two major parties; NPP and NDC, is being questioned as their activities breakdown the moral fibre of the country's security. Reasons behind the establishment of these groups are premised on what they termed "biased and ineffective security personnel" in the country.

Against this backdrop, the two major political parties severally complained bitterly about neglect and unprofessional treatment meted out against their members by the national security personnel at a particular point in time. Ghanaians unanimously condemn these groups because there is no moral equivalence between the actions and inactions.

Extensive discussions regarding the activities of these groups remain unabated since NPP came to power. It does happen so because our punitive laws have been left to sleep on the books for far too long, because of the institutional enforcement inaction of men and women who are supposed to uphold these laws but are not doing so. The government and the security agencies are sleeping on their jobs.

The dastardly acts being perpetrated by these groups are everything objectionable in a democratic nation like Ghana hence the loud calls for their disbandment. Then I asked is that is it practically possible that we can disband these groups? Yes! This is possible if the government of the day portray that indeed they will serve the interest of the citizenry and party members. It is also possible if the political parties come to a consensus to undo this canker they have brought on Ghanaians.

Now the question of whether or not we should integrate members of these groups into the official national security services as a way of disbanding them is the bowl of contention between many Ghanaians. Another question which should not be an after-dinner conversation but rather a question of pressing practical importance is that what where do we place these people after disbanding and rendering them jobless?

Don't you think these guys will come together and form a larger and more powerful gang which will serve as a terrorist group like Boko Haram in Nigeria? I envisage this happening and when it happens, it's still the ordinary Ghanaian who will face the repercussions.

We have to as a nation, critically think and take swift measures against this canker that is militating against the very existing peace in this country.

I conclude by making a clarion call on the government and all politicians to serve the interest of the citizens and desist from the selective ways of dealing with the good people of the country. Politicians and leaders should also stop the pick and choose recruitment of their party fateful into our security services for that have been the very foundation for so many security crises in Ghana.