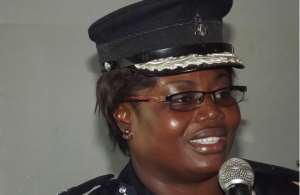 Police in the Western Region have found a first-year student of the Tarkwa Senior High School who went missing on Thursday with her lover who is currently in Police custody.

Augustina, a Home Economics student, took an exeat on Wednesday 23rd January to visit her mother in Prestea, and left the school but failed to show up in the house as expected.

A statement from the school said, “on Thursday 24th January, 2019, around 12:30noon, Augustina's brother called the housemistress to inform her that a “supposed” kidnapper had sent him a text message that Augustina together with two others had been kidnapped and were in their custody.”

The Director General of the Criminal Investigation Department of the Ghana Police Service, DCOP Maame Tiwaah Addo-Danquah after a working visit to the Western Region and visit to families of three kidnap victims, told Citi News, the police is interrogating the suspect to understand the circumstances under which kept the girl overnight.

“It is something that we have arrested the suspect. Apparently, the lady met the guy, the guy proposed to the lady and she followed him to his house. They slept. The guy is in police custody and we have begun investigation. That lady is around, we are talking to him and we are interrogating the suspect to understand the circumstances under which the whole issue happened,” she said.

The last few weeks has seen reports of kidnapping in the country mostly involving young girls.

Three earlier reported kidnapping incidents in the Western Region have triggered a social media campaign by Ghanaians urging the police to be more aggressive in finding the missing girls.

Another report was made in the Volta Region this week involving a 17-year-old girl.

An aunt of the 17-year old student Sonrise Christian High School, Ms. Beatrice Dzorvakpor, reported to the Ho Police that her niece went on Monday January 21, and presented evidence of a Whatsapp conversation between her and someone else using her niece's phone who did not demand a ransom.

The victim was later found after the kidnapper dropped her off at Aflao , from where she could locate a friend.