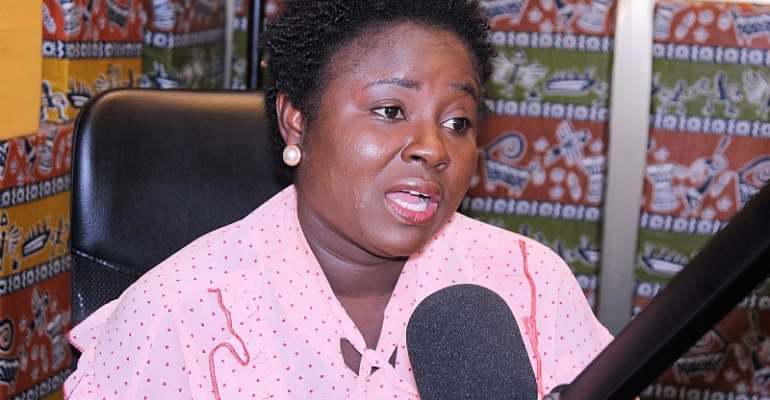 A former Municipal Chief Executive (MCE) for Suhum in the Eastern Region, Magaret Ansei has described the murder of private journalist Ahmed Hussein-Suale as unfortunate and an attack on press freedom.

Speaking on Inside Politics on Radio XYZ Monday afternoon, she called on investigative bodies to swiftly take the matter up and bring the perpetrators of the heinous crime to book, espeacially as a Legislator called for retribution against him.

Ahmed was was gunned down by unknown assailants at Madina, a suburb of Accra on Wednesday night. The unidentified men on motorbikes shot at him three times, twice in the chest and another in the neck while driving home.

Ahmed's works have led to many losing their jobs in the past few years including renowned judges.

Many Ghanaians have widely accused Kennedy Agyapong over the assassination of the undercover journalist, but he has denied the claims of retribution.

Mr Agyapong, a financier of the ruling New Patriotic Party (NPP) showed the journalist’s face on his own television network,NET 2 TV last year and asked for him to be dealt with.

That was after ‘Number 12’ was shown on some national television stations and had stirred controversies over the modus operandi adopted in filming the documentary which had received applause from anti-corruption crusaders.

Mr Agyapong says he only asked that the deceased be stopped from coming to his TV station premises.

His statements on TV against Ahmed have been condemned by many civil society organisations and social commentators.

The Minority in Parliament have also called for the arrest of Kennedy Agyapong over the death, citing section 20(1) of the Criminal and Other Offences Act, 1960 (Act 29).

Commenting on the matter, Madam Ansei who is popularly known as Magoo observed that Agyapong's conduct and utterances against the journalist prior to his elimination were "reckless" which do not befit a lawmaker.

"It is unfortunate he went that way, but he cannot be left out of the matter. I first saw Ahmed's picture when he put it on TV and called for him to be dealth with," she said.

"If he can be this reckless and go scot free, then Ghana is a banana republic," the 2016 NDC Parliamentary Candidate for Suhum added.

Calling on the police to be proactive and move to reduce such criminal activities, she said security should be beefed up to protect lives and properties as they are mandated to do.

"Police Management Board (POMAD) should put measures in place to curtail crime in the country," she urged.

Given that Ahmed’s killing can be linked to his works and that news of his demise has gone global, Mr Kumadoe advised the police to work diligently as they guard their integrity.

“The police must be proactive…They must put their integrity on the line and get to the bottom of the matter,” he told Kwame Minkah, host of Ete Sen on Radio XYZ 93.1 on Monday.

He also admonished the country’s security agencies to be proactive in their line of duties especially at a time trends of crime have changed in the recent past.

“…The nature and trend of crime has changed and the police must up their game… the conventional methods must be changed too,” he urged.

Advising the public to help the police to get to the bottom of the matter, Mr Kumadoe stated that “the rumour mongering and finger pointing must stop” despite the controversies surrounding the murder, adding “Let’s help the police to do their work.”