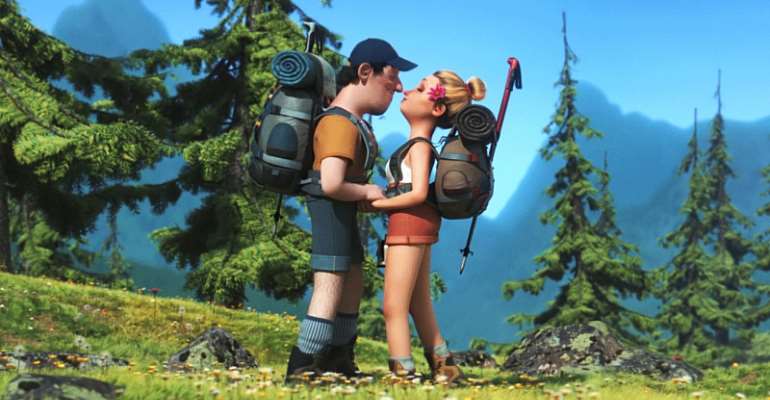 Unifrance, the French film exporting agency, is looking forward to breaking last year's record 12-million views for its month-long online My French Film Festival, which begins on 18 February. Quentin Deleau, one of the heads of MFFF spoke to RFI's Rosslyn Hyams about the stakes for French cinema in this digital venture. Listen to the full interview here.

RH: Is digital the biggest factor in changing the way people are watching films these days?

QD: It's definitely a changing landscape and it's very important for us to have been here for the last nine years especially through My French Film Festival . We see that the public changes and the business changes also. You can see that the films of the members of our jury this year have actually been released worldwide on Netflix, Shutter, Sundance Now etc. It's a challenging era because business models are switching, but in terms of audience, it's amazing to see that films like Ava or William the First, in competition in 2018, actually generated more views in My French Film Festival than in theatres.

RH: Netflix has become synonymous with viewing platforms but that's not accurate is it?

QD: Netflix is indeed not the only kid on the block. Netflix and Amazon Prime are not partners in My French Film Festival because it's hard for them to make the films available for just one month, and that's how the festival works. It doesn't fit their model. We have to thank Netflix for giving access to films to many people who can't get to theatres. For My FFF we have 50 partner platforms. There have to be ways of consuming independent cinema on platforms other than Netflix though. If you don't know what to look for, Netflix and Amazon show it to you. But some platforms can be highly curated, specific, like "Movie" one of our partner platforms. They are not supermarkets. Both business models are needed, bigger and smaller.

RH: What happened to your 2018 partner platform in China, which belonged to Jia Zhangke?

QD: Jia Screen showed our short films in a very innovative way, not only on computer but also on smartchat, mobile phones, reaching several million viewers. One short film called No Drowning (Noyade Interdite) was viewed 2 million times via smartchat. They were pretty impressed even if it may seem like no big deal to reach a million views in China. We put them in contact with sales agents and they were starting to do business together, but they had to close in 2018 – for economic reasons, as far as I know. One thing I know is that business-wise they couldn't go on paying their MGs salaries on top of royalties. So technically My French Film Festival will be accessible in China on myfrenchfilmfestival.com in the same way as it is worldwide. The feature films will not be available in China due to quotas, but the short films are technically available for free. However, we are lucky as all the films are subtitled in Chinese and have access to smaller, new markets, like Malaysia, Singapore and Taiwan, which could be a good way to get back into China.

RH: What's the balance between the free viewing and pay-per-view?

QD: There's an important business dimension to this festival in countries where people are used to paying to watch films. Last year was a record year. We generated 6-figure numbers in euros in general royalties and flat fees for our rights holders. Unifrance is a non-profit organisation, so we get to a fine balance between getting to the broadcast public with free-viewing in Africa, Latin America, Russia, and South Korea and at the same time generating royalties in Australia, the US, Western Europe and the UK.