We Have More Mensgold Than You Would Ever Think 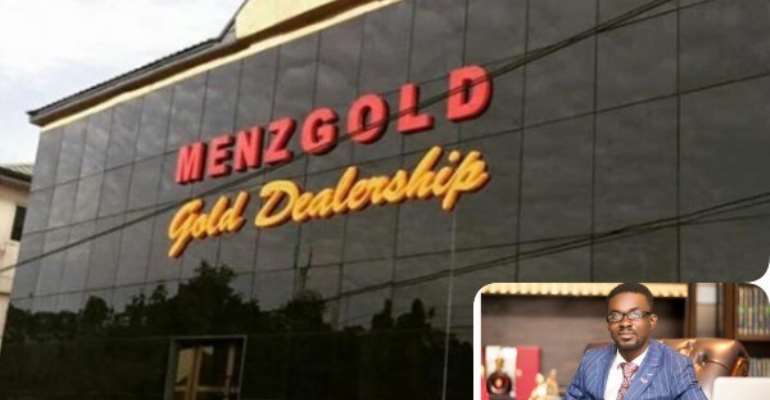 Banking is a very simple activity. It is possibly the easiest profession to have, except that the regime is heavily regulated, making it sound as though it’s complicated. As somebody who read Psychology at the university, and having no prior exposure to any banking practices, it did not take me more than three months to master the arts of knowing what happens at the banking hall.

I have failed to comment on the raging Mensgold controversy. It is one of the things that I predicted would happen, and it did happen. As the inevitable event began to unfold, I sat in a sad corner watching the derailed train crash its defenseless victims.

The Bank of Ghana’s warnings to the general public in the newspapers were even more disappointing. It looked as though you saw your two toddlers playing with a loaded gun, and you are sitting in your armchair asking your toddlers to stop playing. Their deaths are only a trigger away. And I am sure once they have triggered the guns and shot each other, you will now wake up from your armchair, and plead your innocence by telling the world that you warned your toddlers to stop but they did not mind you – very irresponsible posture our central bank adopted in getting us where we have come to.

This was not an ordinary buying and selling of fish. It was a very sophisticated business that involved the regulatory responsibilities of three enviable institutions – Bank of Ghana, Securities and Exchange Commission, and the PMMC. So as we, rightly, blamed the customers for ignoring the warnings, could we not have minded to consolidate Mensgold, like we did for those struggling banks, just to save the customers?

I saw this Mensgold trap right from the beginning. A couple of years ago I told a few of my staff that Nana Appiah Mensah would not have the same kinds of money he was splashing some five years to come. I am one person who gives a lot of prophesies which comes to pass. But this one was not a prophesy. This was something that was based on unidentified scientific evidence that should have been spotted by the central bank.

In 2016 while celebrating Aboakyer festival, Mensgold, then something I had never heard of, had pitched camp in front of my restaurant, to publicize its gold collectible products. The then very beautiful young ladies who were marketing the products came to me, to convince me to buy into some of their gold metals. I declined.

The transaction, right from their explanation, looked too unusual; that I should use my money to buy a gold from you, which should be a legacy I am supposed to leave for my children. But you will keep the gold for me, while I am earning interest on that which I have bought from you. So my money is with you, and my gold too is with you.

The main selling point was premised on the good old days when our families kept a gold as a treasure, for future emergencies, and these treasures were handed over from generation to generation. If that is the case, then why must Mensgold keep the gold I pay for, instead of handing it over to me? It is supposed to be my treasure, not their treasure, right?

The answers I was given included this, that Mensgold was in a world of its own, and that nothing they do is affected by the international gold market, and that they offer much higher prices for the gold they buy from me.

I had been tempted severally, to raise alarm in some of my articles. But I was unsure the damage my too known article might have on an otherwise a genuine business, for I somehow also had a small feeling that maybe the business had some technicalities that made it genuine and profitable, which might not have been clear to me.

But none of us is asking the questions that needs to be asked. We are rather celebrating such scam and blackmailing businesses, and enjoying the flashing benefits that come our way. When I saw NAM1 sponsored the Ghana Premiere League that no company was interested in sponsoring, I knew that he had excess monies that he did not know how to use. When I saw Zylofon this, Zylofon that, doted at every single corner in this country, when I saw the NAMs 1, 2, 3, 4 and so on, I knew that no genuine serious business man in this country has ever made that kind of money within two years.

I am seeing things that are making me profusely worried about the future of this country. At the appropriate time I will write about them. But it is becoming as though we hardly have genuine indigenous rich business individuals in this country. I saw the rise and rise of Roland Agambila. I briefly met him at an event in London, and I knew right then that something was not right. When I saw Chief Medicine of US Tilapia fame, giving himself awards, and advertising himself in the media, I knew that there was some ponsi something along the line.

And for sure when you suddenly see owners of banks, and owners of microfinance companies living lavishly, acquiring swift properties such as cars, high rise buildings, when you see politicians who were poor but are now suddenly pontificating wealth, when you see any display of opulence which comes on suddenly without any business profitability sense, then you are likely to be faced with ungrounded scheme that is either raping customers or raping the tax payer.

Still, the battle is the Lord’s! James Kofi Annan