Is the United Kingdom the most deeply divided country on earth? 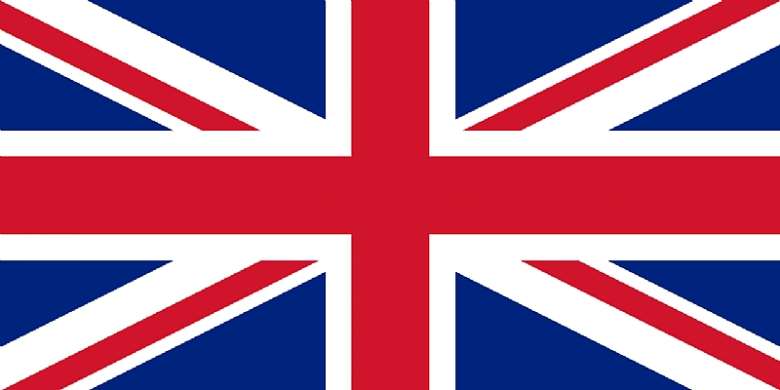 Britain is a divided country

There is a civil war in Britain. Brexit is tearing the country apart. It is sucking up the energy of Theresa May-led government. It has made British politics chaotic. Brexit has deeply divided the country. The division cuts across all segments of British society: the Executive; Parliament; the business community, families and generations (parents versus children, the older generation versus the younger generation); universities; the media and journalists; hospitals and health workers; and crucially politicians and political parties (the Conservatives, Labour, Scottish National Party, the Greens, the Liberal Democrats). The civil war and the division is all about whether Britain should Remain in the EU or Leave the bloc.

Though the British people voted to Leave the EU, (51.9% of voters voted to Leave while 48.1% voted to Remain), it didn't settle the question and the division has deepened. The current division is about how Britain should Leave the bloc. The hard Brexiteers/Leave Camp want complete break off whereas the Remain camp want some kind of relationship (mostly trade) with the EU, but the Leave camp sees any relationship as a plot to keep Britain perpetually in the EU.

Different segments of the British society have their own reasons for supporting Leave or Remain. Some especially the Leave Camp don’t want Britain to cede her sovereignty to Brussels. They want the country to be able to control its borders including tightening immigration. They want Britain to control its economy including how to spend its money and who to trade with, and they want Britain to exercise absolute control over the country's laws with British judges having the final say on matters of law. This is the position of the hard Brixiteers/Leavers led by former Foreign Secretary Boris Johnson, Michael Gove Environmental Secretary, David Davis and Dominic Raab both former Brexit Secretaries and members of parliamnent Bill Cash and Jacob Rees-Mogg. These mostly Tory politicians envisage a global Britain capable of pursuing its global agenda unrestricted by the politics, rules and laws of the EU.

In 2018, Universities Minister Sam Gyimah and other seven ministers resigned their ministerial posts because they were opposed to PM Theresa May's Brexit deal. In November 2018, Sam Gyima twittered his resignation: “After careful reflection, I will not be supporting the Government on the EU Withdrawal Agreement. As such, I have tended my resignation as Universities & Science Minister”. He wrote an article in the Daily Telegraph stating his position: “In these protracted negotiations, our interests will be repeatedly and permanently hammered by the EU27 for many years to come. Britain will end up worse off, transformed from rule makers into rule takers…It has become increasingly clear to me that the proposed deal is not in the British national interest, and that to vote for this deal is to set ourselves up for failure. We will be losing, not taking control of our national destiny.”

Those who favour remain want Britain to enjoy the prosperity that goes with being a member of the EU. The younger generation for instance, want to be able to travel, study and work in the rest of the 27 member countries. Businesses who favour remain want goods and services to move freely and smoothly across Europe, and want to be able to hire from the talents that abound in the EU. Leading politicians who want close cooperation with the EU include Anna Soubry, Prime Minister Theresa May, Philip Hammond the Chancellor of the Exchequer. The rest are Amber Ruud, former Home Secretary and Work and Pension Secretary, George Osborne former Chancellor, and former Prime Ministers David Cameron, Tony Blair and John Major. Leading figures of the Liberal Democratic Party including their leader Sir Vince Cable are in favour of Remain.

Within the media, The Sun, The Daily Mail, The Telegraph and the Express strongly support Brexit. Meanwhile the Statesman, the Guardian, the Evening Standard and the Independent also favour Remain. Most universities support Remain because of the billion of pounds they receive from the EU to fund major cutting-edge scientific research. They also support Remain because they want to be able to tap into and exchange ideas with experienced and leading academics and institutions within the EU.

Part of the argument about Brexit is that it is the English and Welsh who want to leave and not the Scottish or North Irish. When it comes to North Ireland the situation becomes very complicated and it is a major source of battle currently going on.

When Dublin gained independence from Britain, North Ireland continued to remain part of the UK. But over the years some of the people (mostly Catholics) wanted to join their cousins in the south while the Protestants wanted to be part of Britain. In the 1970s, a turf war ensued between the Republicans (Catholics) and the Unionists (Protestants) who fought and killed one another. This is called the Troubles in British history. The conflict between the Republicans and the Unionists was settled during the presidency of Bill Clinton who led both sides to sign the Good Friday Accord. The agreement stipulated that there should be a soft border between Irish Republic (Dublin) and North Ireland whose capital is Belfast. The soft border was intended to let goods and people flow between Dublin and Belfast unhindered and encouraged frictionless contact of the people on both sides of the border.

There are fears that the troubles in North Ireland could return if Britain leaves the EU without a proper arrangement for the continuous flow of people and goods. Hence Prime Minister Theresa May has been trying hard to have arrangement that could avoid the return of violence in Belfast. It is called Backstop. The backstop will allow goods, services and people to continue to flow between Dublin and Belfast. Because Dublin is a member of EU, that means the EU laws that regulate trade will apply. The Leave Camp sees the backstop as a plot to prevent Britain from leaving the EU. This is why they wanted to unseat PM Theresa May.

Germany
For some of the Brexiteers especially the English they support Britain leaving the EU on geopolitical grounds i.e. the fear of German Hegemony. These people contend that Germany as the leading economic power in Europe has been able to use its economic muscle to dominate the EU, dictating policies and advancing its own interests. They argue that what Germany could not achieve by means of guns (referring to the defeat of Germany in the First and Second World Wars), it is now able to do using her massive economic muscle and financial arsenal. Before the outbreak of the First World War, Britain was the leading European power. It controlled the seas and other continents. The rise of Germany threatened Britain's global power and influence. In 1914 the theory of Thucydides was made practical once again. Based on his observation of the Peloponnesian war between the Greek city states of Athens and Sparta, Thucydides had argued that war is likely to break up between an established military power and rising power. During the time of Thucydides, Athens was a great sea power whereas Sparta was a powerful land force. The Spartans feared the Athenians and this fear led to 30 years of war and tension that culminated with the defeat of Athens and its surrender to Sparta in 404 BC.

The great power game between Britain and Germany was settled 1945 in which Germany (the rising power) was defeated in the two world wars and surrendered to Britain and the Allied forces. However, since the end of WWII and the reintegration of Germany into the Western democratic and economic system, Germany's economy has grown successfully while Britain's economy hasn't blossomed as was expected.

As the historian Stephen R. Graubard observed “The failure to make British industry competitive, productive and lithe, and its working population industrious, has deflated the most ambitious of the Tory Party’s many well-advertised ideologies. The results of the recession are conspicuous, not only in the nineteenth-century industrial cities of northern England, but also in the Home Counties, in London itself: boarded-up, empty storefronts of a thousand high street, homeless men and women sleeping in doorways off Fleet Street and along the Strand, widespread unemployment and underemployment spoken of in all social strata. It is particularly painful for the young, including many who are university graduates, and it generates a pessimism that is palpable. For the middle class the collapse of the estate market has been an especially hard blow, made more serious by the fact that so great a part of a family’s purported wealth is in its house and garden. In Britain the talk of decline is more pervasive than it has ever been and not merely because of a devalued pound” (Stephen R. Graubard, 1993, pp. 2-3)

“The situation in Germany is not nearly so serious...The evidence of prosperity remains conspicuous: in Bonn, where construction derricks fill the skies and building crews work to create more office space...In Düsseldorf, a city not famous for its hordes of tourists, the shop windows display merchandise of such luxury and expense that one can only believe that consumer confidence remains high, at least among well-paid executives. In Munich and Berlin, Hamburg and Mannheim, the solid comfort of yesterday is much in evidence.”

"Nor have surrogates been found in technology. Having lost its promising situation years earlier in aeronautics and automobiles, Britain has gained no new distinction in such areas as electronics and computers. While the country retains some advantages in pharmaceuticals, and profits greatly from its North Sea oil resources, the latter is regarded as a wasting asset. The old coal and steel industries have collapsed, as they did in much of Europe, and the hopes for a new economy based on banking and insurance have never been wholly realized. Tourism is Britain's not-so-secret economic weapon, and its success threatens to make London (and much of "traditional" England) the Venice of the north, a prospect with limited appeal to many Britons. Incapable of profiting from Thatcherism's unreserved commitment to the principles of the market economy, Britain seems imprisoned in a time capsule that does not bear a 21st-century imprint." "The decision by the United States to enlist Germany's help in the conflict with Soviet communism made its economic recovery all the more certain. A truncated and reduced Germany, the pariah state of 1945, achieved levels of prosperity never experienced in the days of the kaiser or in the short-lived Weimar republic. The nation rebuilt itself-its cities, in the first instance, but also its institutions." This opposite economic outcomes has endured some of the British political class of the English breed to argue for Britain to leave the EU.

The Remain/Leave division which is tearing Britain apart started 50 years ago when UK wanted to join the European Economic Community (later EU). On 1 August 1961, Britain first applied to become a member the European Economic Community (EEC) which later became the European Union (EU). Britain formally joined the EEC on 1 January 1973. The division has been more pronounced in the Conservative Party. Ever since, the civil war in the Conservative party over Britain’s EU membership has continued for the last 50 years culminating in Prime Minister David Cameron’s decision in 2016 to let the citizens decide whether the UK should Leave or Remain in the EU.

Unfortunately, the voters decision has fuelled further division and tearing the country apart with no end in sight. The only thing that is certain right now in Britain is uncertainty.

REVENGE: A lady got pregnant by her sister’s husband who was...
40 minutes ago