Impact Of The New Vat Tax Regime On Living Standard 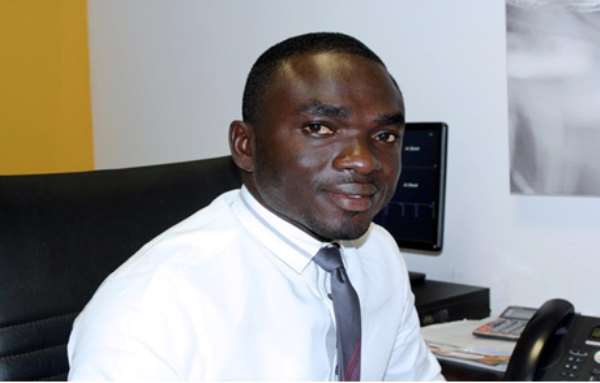 Introduction
The Consumer Price Index (CPI) of Ghana measures the changes in over time the cost of fixed market basket of goods and services. This has a direct relation with the cost of living in a country. In the basket of goods and services are items that are set charged with Value Added Tax (VAT) and any increase or decrease in VAT may impact living standards positively or negatively.

Although one of the critical activities of any government is the raising of revenue to achieve fiscal policy objectives. Most of these revenues are raised through taxes. The main purpose of this write up (article) is to investigate the effects of the changes in the VAT rates on VAT revenue. It is revealed that changes in the VAT rates have had significant effect on the VAT revenue and on the consumer. It is important to have government put in robust mechanisms to significantly block the leakages and loopholes in VAT collection. Even though this new VAT tax regime is set to increase government tax revenue, if the leakages, loopholes and lapses are not blocked, the story would be the same but rather put more burden on the already existing compliant tax payer.

Living standard set to surge up especially when the new proposed policy changes in the amended VAT act is passed by the parliament of Ghana. I ask a question???? IS the mantra “Moving from Taxation to Production” now a hoax as the new VAT Tax regime is set to make consumers pay more on goods and services to raise tax revenue for the government? This policy changes if effected would raise living standard in the country, burden more the already existing tax payer and may cripple businesses. Production, services may all be affected and may trigger price hikes in the country, any increases in price may mean increase in living standard of the citizenry making the poor more poorer by the day.

Anyway, because the success or failure of every government depends on its ability to undertake development projects and improve on the life of its people. Governments therefore need to raise enough revenue to meet its commitments. The primary purpose of tax is to collect revenue to finance government expenditure. Value Added Tax (VAT) is defined as a tax applied on the value which is added to goods and services at each stage in the production and distribution chain.

Ghanaians must be ready to pay more under the new VAT Tax regime as revealed by the Finance Minister in the Mid-Year Budget Statement. The new regime would have a VAT of 12.5% applied on the value added cost only, a 2.5% levy on the cost of the goods or service as National Health Insurance Levy (NHIL) component and another straight 2.5% levy as Ghana Education Trust Fund (GET Fund).This when added still gives you the 17.5% VAT but the application, computation and effect of this VAT is weigh different.

Anyway, the new VAT computation and implementation is simply a smart and clever way to outsmart the ordinary Ghanaian and make the opposition party “untrustworthy and unreliable”. After all in the minds of the layman Ghanaian, VAT is still 17.5% so nothing has changed.

EXPLANATION AND IMPLICATION BELOW
So, the rate stays the same but the amounts collected will increase and subsequently the overall tax burden. Let me illustrate this with a retailer selling Exercise books who purchases the exercise books from a wholesaler AFOJEL BOOKS costing GHS10 as the cost of the exercise book and she then retail it at a price of GHS12, all without VAT (ex-VAT). In the OLD VAT, the VAT of 17.5% is charged on the extra GHS2 which is the value added and that will be GHS0.35pesewas but Under the new VAT scheme, the same exercise book will attract a value added tax (VAT 12.5%) on the GHS2 which is GHS0.25pesewas and a combined 5% GETFund and NHIL levy on the GHS10 which is the cost of the exercise from the wholesaler making GHS0.50pesewas.if you add the (0.25+0.25+0.25 =0.75) amounting to GHS0.75pesewas. This means that now under the new VAT, consumers would be paying extra GHS0.4pesewas on the same exercise book that cost GHS10. The extra GHS0.4pesewas becomes a business expense which they would pass on to the final consumer. Normally, when businesses buy things, the VAT cost on the raw materials such as VAT is supposed to be fully reimbursed, not the case under this new VAT regime.

Impact on Living Standard
The greatest disadvantage of VAT is that as an indirect tax it is regressive. It may lead to increases in prices of consumer goods and services. In other words, VAT is an indirect tax on the domestic consumer of goods and services, whether these are produced locally or imported into the country. It is collected at all levels of production and distribution. Ability to pay is not taken into consideration and both the rich and the poor will pay the same VAT if they were to purchase the same quantity of an item. Exemptions are said to cushion off the harsh effects of VAT.

VAT, as noted earlier, is a tax on the final consumption of goods and services in the domestic market but it is collected at all stages of production and distribution chain.

Secondly, despite the explanations given by the Finance Minister, there is no doubt the new VAT regime would have a disproportionate effect on the poor and could increase both inequality and poverty. The claims that the poor would not be adversely affected is false, the poor and working-class will pay more for the same goods and service under the new VAT regime.

The argument that high-income earners make more money and consume more, so they will obviously pay more VAT than those living in poverty is totally falsehood and can’t be substantiated by any empirical evidence or data. Rather the poor actually spend the highest share of their income on those taxes, as there is evidence to show that the poor Ghanaians pay more for indirect taxes, including VAT, the fuel levy than the rich.

However, the new VAT regime would have a greater negative impact on inequality than an increase in say personal income tax or corporate income tax. This means that the government and fiscal authorities must think carefully about other compensatory ways to mitigate the effect of this new VAT regime on the poor who will be adversely affected.

Unfortunately very few people seem to understand that the Finance Minister and the NPP government had to introduce this new VAT regime because of the FUNDING CHALLENGES of Free SHS higher education, without any broad stakeholder consultation,I believe this new VAT computation is necessary to pay for the costs of the shortfall in Free SHS funding.

I believe the new ( 2.5% for GETFund and 2.5% for NHIL levy) is to correct the revenue shortfall for 2018 since government and Finance Minister Ken Ofori Atta said to have made a strong case for more revenue because of a shortfall of GHC4 billion for the rest of the year.

This includes an electricity bill of some GHC1.2 billion to power suppliers, including Karpower, Ameri, and Aska. Others are GHC800 million to equip the Ghana Police Service and get more policemen and women on the streets, and GHC400 million for education as access to free education will significantly increase. There is also arrears of GHC3billion of some GHC5.6 billion audited arrears left behind by the previous government, out of which about GHC560 million must be paid. The rest of the financial commitments by the government include GHC200 million to tackle sanitation, GHC300 million to cater form school feeding and another GHC 300 million for the Nation Builders Corps program.

Lastly, it will certainly widen the gap between the rich and the poor as it is set to increase inequality levels in Ghana. I am certain that there is a significant danger that it will undermine the spending power of poor people and increase living standard.

Recommendation
The government and all stakeholders can have a broad base discussions on classifying some basic items and a basket of goods and services ZERO RATE for VAT. This would ease the pressure on the income earning of the poor and low income Ghanaians.

Conclusion
The new VAT regime would most likely have a profound impact on the poor households and low income earners in Ghana, with the rural poor being the most affected, followed by the urban village poor and lastly the cities/towns dwelling poor. Given that the majority of the poor are in rural areas, followed by urban villages and lastly cities/towns, the new VAT regime with a 2.5% direct levy for GETFund and another 2.5% NHIL direct levy, this will automatically have adverse effect on the consumption levels of the poor and low income earners in Ghana. As it is evident that a higher percentage of incomes of the Ghanaian are spent on food items and basic services. This will illustrate how VAT will significantly affect the Ghanaian, particularly when retailers increase prices of goods and services.