Politics Of The Economy 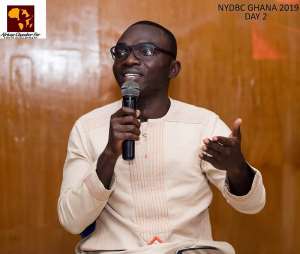 In so many ways, Ghanaians have played politics with the economy of Ghana especially the politicians. This is terrible for the growth of the economy. A country’s politics can seriously affect its economy which would impact the living conditions of her people. Most countries have had their economies destroyed as a result of politics that creates political instability hampering economic growth and development. This is the more reason why every individual, especially those in power and opposition leaders, needs to be very cautious and responsible for the things they say politically.

In Ghana today, politics and economic issues are the major topics being discussed on both traditional and social media and this, to a very large extent, determines which political party wins an election. The significance of politics cannot be downplayed in any country because the government in power determines the economic transformation and growth the people need.

The growth of any economy is dependent on the government in power and this school of thought believes that economy and politics cannot be separated even though the later can lead to the distraction of the former.

Since the outbreak of the corona virus pandemic in the world, very important individuals, scientist, governments and institutions across the globe have taken to the stage to make claims of how they are contributing in finding a cure and vaccine for the virus.

The political parties in Ghana have taken swipes at each other on who has managed the economy well on several issues like Dumsor, Covid-19, Inflation, Public debt, BoG policy rate and cedi depreciation but none have specifically highlighted the significant impact their policies have helped change the lives of the ordinary Ghanaian.

With the onset of the Covid-19 pandemic compelled the government of Ghana to take decisions in curbing the spread of the virus and to save lives. The government in the early days of March 2020, effectively shut down the Ghanaian economy, closed borders and issued a stay at home ultimatum for what would go in history as the longest shutdown of the Ghanaian economy.

However, after two months of shutdown of the economy, the government has taken steps to reopen the economy with some measures especially, social distancing, using hand sanitizers and staying at home if you have nothing to do in town as well as a vigorous contact tracing and testing for Covid-19.

Some have said the government may have gotten it wrong by opening back the economy since the spread of the virus is now agonizing and may be very difficult for the frontline workers especially healthcare workers to deal with. While the number of Covid-19 cases recorded in Ghana is increasing, its direct impact on the economy is adverse as more companies are collapsing resulting in individuals losing their jobs and being without incomes. This poses a great challenge to the government in its attempt to get the economy back to recovery.

At this point it is clear that the Covid-19 pandemic has decimated the Ghanaian economy and it would be very unpatriotic for anyone, especially the government, to play politics with it.

This is the time for the government to get every Ghanaian around the table to deal with the failures in our economy, to think innovatively, proactively in finding solutions to the worsening economic situation in our country, think of how to mobilize resources locally to increase production to transform the economy and better the lives of our people.

The worse thing that can ever happen to a country is to lose her human resources to a pandemic such as Covid-19. Physical wars destroy mostly properties but Covid-19 is taking away lives.

The government may have responded well to the monetary policy aspect of the economy by collaborating with the central bank to reduce its policy rate to 14.5 per cent even though this has not really translated into a change in the commercial lending rate of banks in Ghana, the fiscal policy of the government needs more to be done to cushion the private sector, startups and individuals.

With the microeconomic indicators surging in numbers, it may have direct impact on the economy and may translate into a high cost of living in the country especially as inflation is going up (10.6%) , cedi depreciation hitting all time high ($1to GHS5.95), unemployment at 7.4% (graduate unemployment is 6.2%), public debt stock hit GHS236.1 billion as of March 2020 (60% of rebased GDP) with GHS21.8 billion to service the interest payment, projected GDP growth of 1.1% at the end of the year and a budget deficit of 7.1% of GDP.

This is a clear indication that the economy of Ghana is headed for a recession and may hurt people economically. The government should take critical steps immediately to salvage the situation since recovery may take a lot of time.

Indeed, very clearly, the covid-19 pandemic has laid bare the very structural weaknesses in our economy and this is a worrying concern for many Ghanaians especially, when politicians claim they have managed the economy well and yet the economy could not stand by its self for a month after the outbreak of the covid-19

Pandemic but government had to run to the IMF for support.

Why Play Politics with the Economy

The undulating economic path of Ghana can only be fixed when there is a bipartisan governance structural change within the economy to deal with the fundamental economic problems of the country. In most cases, political elements also focus on the macroeconomic indicators of the economy without giving much attention to the micro which focus on the people. Most importantly, strategic and robust economic policies should translate into making living conditions better, improve private sector growth and allow for foreign direct investment into the economy.

Interestingly in Ghana today, politics and economic issues dominate the frontlines of traditional and social media discussions. These discussions, to a large extent, determine which political party would win the elections especially since this year is an election year.

Some of the parallels in the forefront discussions

A well-managed economy should have policies on these parallels that impact directly on the livelihood of the people from social, environmental, fiscal, and monetary and create a business friendly environment for both local and international businesses. Since independence, the Ghanaian economy has depended heavily on external assistance and this hinders growth. The more external help our country gets, the worse our people become because the tradeoff always takes the best of our resources away.

Economic priorities is very critical to the development of every country but most often, governments and political parties allow political gains to influence their decision making process. There is clear evidences in the past where governments have taken political decisions over economic decisions and they are self-centered and politically motivated.

In Ghana today, the most debated frontline issues are first, the accumulated public debt stock of the country. Politicians both in government and in opposition are playing politics with the country’s public debt and the one question I have always asked is “where is the evidence to show for the accumulated borrowings in the fourth republic for both the NDC & NPP?” and I ask again, “how has the borrowing impacted the living condition of the ordinary Ghanaian economically and socially?

Secondly, one of the much talked about and discussed on radio/TV and social media is the exchange rate/cedi depreciation. This is making the airwaves every day because of its negative impact on the Ghanaian economy and the core reason is, the Ghanaian economy is about 79% dependent on importation. What politicians need to realize is that there is no NPP cedi nor NDC cedi, all we have is the Ghanaian cedi and when it depreciating, it affects everything and everyone in Ghana. Indeed, it’s important to note that the perialinial depreciation of the local currency is due to the fundamental structural problems within the economy which needs bi partisan approach to deal with it.

For the last couple of months, the voter’s register has being on the lips of most political communicators besides covid-19 and the simple reason is that, it may be the deciding factor to determine which political party wins the December elections. Again, I ask a question, what is the economic benefit to the Ghanaian when the voter register is entirely changed?

A school of thought believes that the existing register is very credible, accepted by all and backed by law and their reason is simple, it has being used for two different elections ie 2012 and 2016 and in both elections, an NDC government was elected in 2012 and NPP government in 2016, why the rush to change it and compile an entirely new one. I ask again, is this not a CREDIBLE register?

Why spend about $800mill of the tax payer’s money to compile an entirely new register for a politically self-centered gain at the expense of the Ghanaian when we have Covid-19 and other very economically important issues to deal with.

Why is the government bent on using about $800mil to compile an entirely new register? When we need more hospitals, when businesses, SMEs need more affordable and accessible funds for their business, when the teaming youth needs jobs, when farmers need funding to increase their produce, when we need new technology to invest into education to go virtual.

It is clear therefore that we have lost our priorities as a country and I must say that growth is far less robust to impact the living standard of the people of Ghana. That is why the government should focus on a national bipartisan development agenda for the common good of all.

The Ghanaian economy needs a political agenda that would provide an expeditious expansion in agriculture, manufacturing and entrepreneurship to create jobs for the teeming youth of our country.

EP Church warns “encroacher” over development on Cantonment ...
58 minutes ago