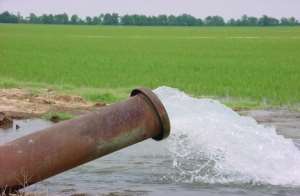 Some communities in the Builsa South and Bawku West Districts in the Upper East Region and the Sissala West District in the Upper West Region have expressed gratitude to the government for the implementation of the Sustainable Land and Water Management Project (SLWMP) in their communities.

They further commended the Global Environmental Facility (GEF), the World Bank through the Environmental Protection Agency (EPA) for empowering the people through the SLWMP to establish the rangelands and fencing them.

The SLWMP being implemented in some selected districts in the Northern Savannah Zone has so far facilitated the establishment of 100 hectares of rangelands in some communities in the districts.

This was revealed when Mr Asher Nkegbe, the Technical Coordinating Officer of the Project and some Journalists undertook separate field and monitoring visits to some of the project communities including Gbantongo -Agoadaboot in the Bawku West, Kalaasa in the Builsa South and Jeffrai in the Sissala West Districts.

Rangelands refer to lands that naturally produce forage plants suitable for grazing, and where rainfall is too low or erratic for growing crops. They include grasslands, shrub lands, woodlands, wetlands, and deserts that are grazed by domestic livestock or wild animals.

During the visits, a number of livestock including cattle, sheep and goats belonging to community members were seen grazing on the rangelands.

According to the communities, hitherto, most of them used to fell trees indiscriminately for charcoal production, but with the establishment of the rangelands they have now ventured into animal rearing.

'We are also putting up plans in place to ensure that in future we rent portions of our rangelands to Nomadic Fulani headsmen who often invade our farmlands and destroy them with their cattle, leading to conflicts,' they stressed.

Mr Nkegbe who doubles as the United Nations Convention to Combat Desertification (UNCCD) Focal Person, explained that among the rationale behind empowering the communities to establish the rangelands was to help prevent overgrazing of the soil by animals, particularly cattle which often led to soil erosion.

'Rangelands also provide habitats for wildlife. Well-established habitats boost the biodiversity of a region and bring stability to the ecosystem; and the wildlife supported by the rangeland ecosystem can be hunted for food,' he stressed.

He stated that apart from rangelands delivering rainwater for surrounding communities for use, the proper management of rangelands protects watersheds from erosion and pollutant runoff that could contaminate waterways.

Mr Nkegbe indicated that since the inception of the project in 2011, a total of 9,388 land users have adopted SLWM practices covering an area of 3,090 hectares and 24,224 persons benefitting from the project interventions, of which 40 percent were women.

'The agricultural landscape and the corridor areas under SLWMP have been made productive through farming techniques such as contour bunds, zero tillage, crop rotation, intercropping with legumes, composting, mulching, protecting buffer zones and planting trees along river banks. Forest fringe communities will continue to be trained on wildfire management and volunteer fire squads equipped with field equipment,' he indicated.

He explained that the achievement led to the scaling-up of the SLWM interventions in selected watersheds and forest fringe communities, under a second additional financing GEF grant of US$12.76 million and also with support from the Government of Ghana.

The Technical Coordinating Officer added that the additional financing grant was funding the ongoing scale-up of the SLWM interventions from an original 6,000 hectares to 15,000 hectares, expanding the coverage of the project from an original 10 to 12 districts in the Northern Savannah Zone of Ghana which was characterized by vulnerability, low climate resilience, and high poverty.

He explained that the project which sought to address environmental and land degradation through improved community-driven management of natural resources based livelihoods, was expected to contribute to enhanced food security and increased resilience of the beneficiary communities to climatic variability.

He indicated that the project's priorities were aligned with Ghana's vision of modernizing its agricultural sector to improve food security in an environmentally sustainable manner with focus on smallholder farmers, particularly in the most fragile ecosystems.