Kofi Adams, the Jury Has Not Even Seated Yet 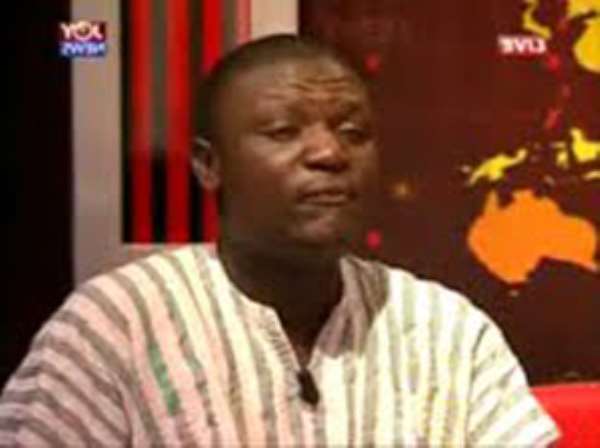 It is rather pathetic, the lengths to which some of the key operatives of the main opposition National Democratic Congress (NDC) would go in their desperate quest and attempt to wriggle themselves out of charges that they may very well have contracted and paid for the brutal assassination of Mr. Joseph Boakye Danquah-Adu, then the substantive New Patriotic Party’s Member of Parliament for Akyem-Abuakwa-North. Reports seeming to contradict earlier confessions by Mr. Daniel Asiedu, the prime suspect in the murder of Mr. Danquah-Adu, have the National Organizer of the NDC Screaming “Vindication!” on behalf of the outgone Mahama-led regime of the National Democratic Congress (See “JB Danquah’s Murder: ‘NDC Has Been Vindicated’ – Kofi Adams” XYZ / Ghanaweb.com 6/21/18).

The prime suspect who was earlier on released per a request by Attorney-General Gloria Akuffo, only to be rearrested and more properly charged and prosecuted for the crime, is alleged to have confessed to an Accra District Court Judge, Ms. Arit Nsemoh, that he had been hired to summarily execute the paternal grandson of the legendary and immortalized Doyen of Gold Coast and Modern Ghanaian Politics, Dr. JB Danquah by some elements within the fold of the then main opposition New Patriotic Party. I have already penned and published another column on this subject, in which I emphatically observe the quite obvious fact that it is rather too early in the reconstituted case to draw any definitive conclusions one way or another.

Indeed, even as we speak, Dear Reader, the panel of jurors expected to hear the full details of the case and render its verdict has yet to be selected by the parties involved and seated by Judge Nsemoh. But, of course, there is telling circumstantial evidence here that cannot be readily or lightly ignored, such as the initial confession given to police investigators by the prime suspect in the case, which was widely reported by the national media, to wit, that it was some key operatives of the then-ruling National Democratic Congress who had contracted him for the job. We were also then told how much had been paid the contractor, as well as what Mr. Asiedu had done with his blood money, as it were. But even more significant is the fact that the Chief Investigator on the case, Police Commissioner George Akuffo-Dampare, Ph.D., had been abruptly and unceremoniously and curiously removed from the case by Mr. John Kudalor, the Mahama-appointed Inspector-General of Police (IGP) at the time.

For his yeomanly efforts in promptly tracking down and arresting the criminal suspects, at least three of them at the time, Dr. Dampare would be questionably transferred from his post as Police Commander of the Greater-Accra Region and patently demoted by being named as the new Director of the Winneba-based Ghana Police Academy. It was immediately after Dr. Dampare’s removal from the case that the original narrative of Mr. Asiedu began to take a messy and unreliable turn. It is also downright outrageous for Mr. Adams, the NDC’s National Organizer, to claim that a Kumasi-based pastor “has revealed that Mr. Danquah-Adu was murdered” by way of a propitiatory ritual, to enable the then main opposition New Patriotic Party regain the reins of governance.

Well, my gut reaction is as follows: Precisely when in Ghana’s jurisprudence did pastoral revelations become admissible evidence in a court of law? At any rate, what has the same Kumasi-based pastor had to reveal about the equally savage and brutal assassination of Mr. Peter Kenyenso, then the Mahama-appointed District Chief Executive Officer of Nkwanta-South, in the Volta Region? Of course, I am still reeling over an alleged comment made by Mr. Samuel Atta-Akyea, the present Minister for Housing and the NPP’s MP for Akyem-Abuakwa-South, and widely reported by the media, to the damnable effect that the brutal slaying of Mr. Danquah-Adu was a good omen for the return to power of the New Patriotic Party. Equally fascinating is Mr. Adams’ rather presumptuous cautionary note to the operatives of the ruling-New Patriotic Party against any dastardly and/or devious attempt to concoct any narrative seeking to cover up the real substance of the new Asiedu narrative twist or tune.

It is also wickedly ironic for Mr. Adams to suggest that the NPP operatives may attempt to rub out or take out the prime suspect in Mr. Danquah-Adu’s murder in order to extricate themselves. This is wickedly ironic because it is rather the key operatives of the National Democratic Congress who sport an incontestably perfect track-record in the routine Mafia-style execution of elements among the general population whom they determine to pose a serious threat to their political interests and ambitions.

The author has 5393 publications published on Modern Ghana.