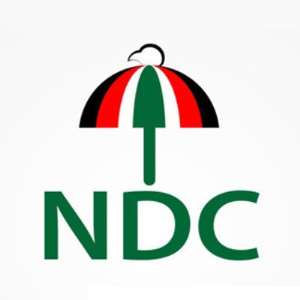 A Kumasi High Court presided over by Justice Charles Adjei Wilson, has placed an interlocutory injunction on the constituency elections of the National Democratic Congress (NDC) slated for Saturday, June 23.

The plaintiffs, Kwame Opoku and 32 others, all card-bearing members of the NDC, filed a writ at the court seeking an injunction to be placed on the elections to elect constituency executives.

The plaintiffs argued that elections at all the branches in the constituency had not been held, a situation they considered as a clear violation of the constitution of the party.

Out of the 110 branches in the constituency, only 50 branch executives' elections have been held hence members in the remaining 60 branches would be disenfranchised if the constituency election was allowed to go ahead.

The plaintiffs hold the view that the determination of the defendant NDC party to hold the election despite the breach, was a deliberate attempt to prevent them from partaking in the internal elections.

Justice Wilson, in his ruling said, 'The constitution guarantees the right to political participation, therefore no member of any political party must be restricted from voting or putting himself up as a candidate in an election contest'.

He therefore declined to dismiss the writ but remitted the matter to the Regional Executive Committee of the party for determination.

The Court further directed the Regional Executive Committee to determine the matter within 14 days and communicate their decision to the court in written form on or before July 15.

The court would however proceed to hear and determine the matter if the Regional Executive Committee fails to resolve the issues arising out of the writ within the stipulated time.