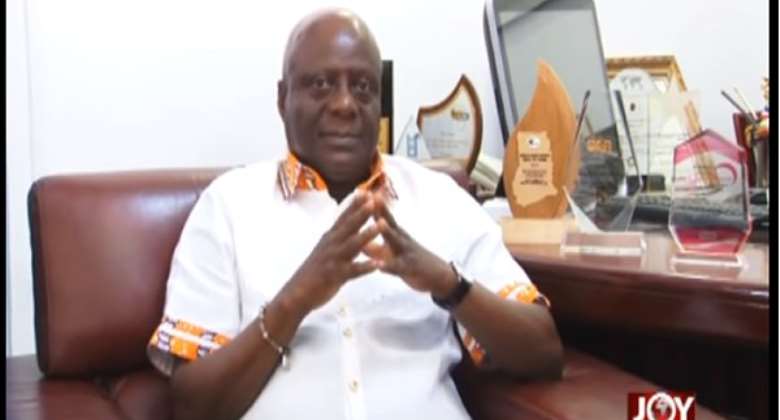 Former Chief Executive of Korle Bu Teaching Hospital, Felix Anyah, has opened up on some of his achievements at the facility, one of which he says is industrial peace.

Dr Anyah says his leadership skills at the number one referral centre in the country, tamed the workers and motivated them to give their all.

“There has been industrial peace in Korle Bu for the past one year; there has been no turbulence…,” he told Raymond Acquah on Upfront on Joy News TV, Wednesday.

He noted, however, that, there were attempts to spark contempt against his reign but his “strategies” caused all that to fail.

“People tried to create so many things but it didn’t work…so there was peace and that peace is due to the strategies to heal,” he said.

He highlighted the love the workers had for him by citing the displeasure the workers showed when he [Dr Anyah] was removed last week.

Scores of Korle Bu staff were clad in red to demonstrate displeasure and chanted songs in protest of Dr Anyah’s removal as CEO.

Citing this, he told Raymond, “…for the first time in the history of Korle Bu, [when there was an attempt to remove the CEO, people complained], it hasn’t happened before”.

That should tell you that “human beings know what is good and they can identify with progress,” he added.

He also mentioned his projects, one of which was an emergency unit which was constructed in November 2016 but was poorly roofed.

According to Dr Anyah, when it rained, “the following day and the whole place leaked”.

“I was able to get a construction company to come and roof it,” he said.

Dr Felix Anyah is one of some four heads of institutions removed from office last week by the president, Nana Addo Dankwa Akufo-Addo as part of a restructuring exercise.

Lead by example, don’t also travel abroad for one month – Ab...
23 minutes ago