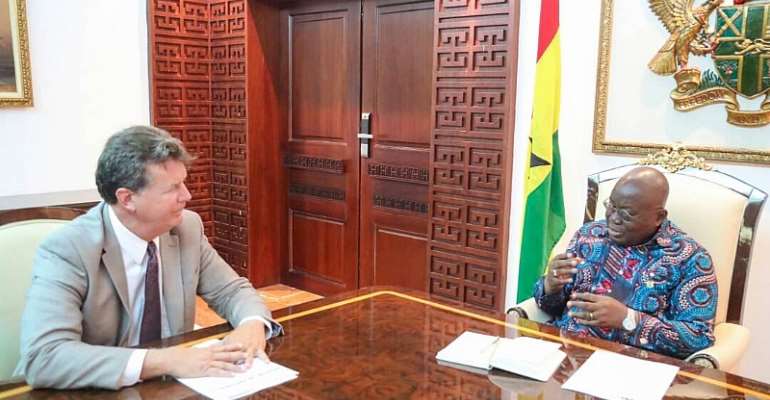 It is time the president Nana Addo Dankwa Akufo Addo starts looking at some of his cabinet and non-cabinet ministers with a kind of lighting that will make them perform excellently to help him move the country forward.

Following the ace investigative journalist Anas Aremeyaw Anas’s expose’ “NUMBER 12” the president is being called upon to randomly assess the performance of his ministers and their ministries.

Some of the ministers there is no doubt are performing very well and need to be patted on their shoulders to keep drafting and implementing policies and programmes of the government to see the country develop.

Other ministers, readers will agree with me are slacking that the president does not need anyone to tell him to give them the axe and appoint new ones in their stead to push the agenda of the government forward.

The president has stated on countless occasions that Ghana is on the cusp of a new, bold beginning, which will repudiate the recent culture of failure and since he assumed office has been urging both Ghanaian and foreign investors to come and invest in the country.

A Finder online news story which was posted on Ghana web on April 19,2018 had the president challenged that, “Ghana is a haven of peace, security and stability; a country where the principles of democratic accountability are now firmly entrenched in its body politic, and its where the separation of powers is real, to promote accountable governance.”

According to the Finder, the president said these when he addressed the second edition of the U.K-Ghana investment Summit on April 18, 2018 in London.

Nana Akufo Addo made it clear that his government is keen on establishing a business friendly economy to attract direct investments to exploit Ghana’s potential on mutual satisfactory terms.

He stressed that investments are protected in fact and in law in Ghana and assured that “the rule of law in Ghana is not a slogan, but an operating principle of state development.

Since he assumed office as the president of Ghana, Nana Akufo Addo’s call to business leaders to invest in Ghana has always been received with a kind heart by many Ghanaians and non-Ghanaians always ready to return to the motherland with their expertise to help move the country forward.

Some of the investors received the president’s call to invest in Ghana with a kind heart but somewhere along the line their executive proposals were shelved at various ministries.

One of them is a patriotic Ghanaian based in North America Mr. Emmanuel Quaye who last year led a powerful delegation from Michigan Aerospace Manufacturers Association [MAMA] to meet the president and presented an executive proposal for assistance to the republic of Ghana in infectious disease control and prevention using humanitarian access vehicles [UHAVE], construction of ten regional hospitals and ten regional medical stores.

PROJECT OVERVIEW The project overview has it that, the Michigan Aerospace Manufacturers Association [MAMA] and its partners will develop the planning, operations and sustainment systems for unmanned humanitarian access vehicles[ UHAV] in support of Ghana’s implementation of the United Nations Mission for Ebola Emergency Response [UNMER] in Ghana, pursuant to UN Security Resolution 2177 [2014] and the General Assembly Resolution 69/1.

And [MAMA]will focus on cost effective and proven capabilities of UHAV’s to transport critical medical supplies to the Ghanaian Regional Medical Centers and then return with medical samples to mission headquarters that will be a key to stop the spread of the Ebola disease, treat the infected, ensure essential services, preserve stability and prevent the spread to other countries.

EMERGENCY NEEDS/ SERVICE. There is a need for a new central medical storage center and restocking of critical medical supplies to support the prevention and treatment of Ebola as well as the treatment of other infectious diseases and health problems.

Ghana’s Central Medical Store facility in the city of Tema was completely destroyed by fire on January 13, 2015. All drugs that were accumulated by Ghana for the Ebola treatment effort were destroyed as well as many other drugs, vaccines, and important medical consumables such as gloves, gowns, masks, syringes, and sterilizing agents. But under the project, the ministry of health will send [MAMA] a critical medical supplies list in the near future.

Such a wonderful project which will bring great health benefits to numerous Ghanaians without cost has not been implemented because the executive proposal is still gathering dusts at the minister’s office whiles the investors keep asking Mr. President what is happening.