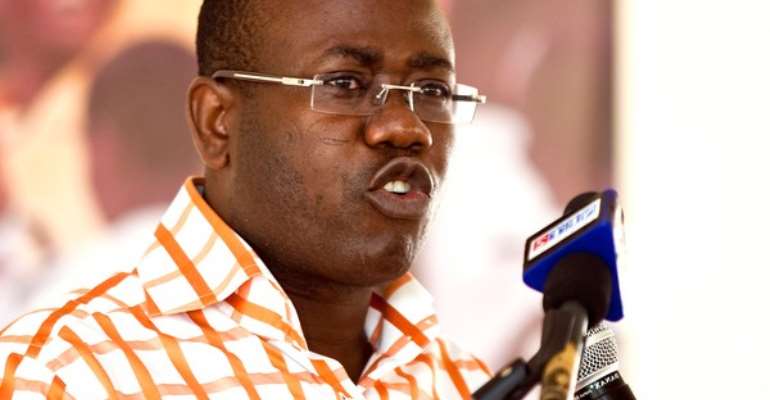 Fellow Citizens,
The stink-rat has married the widow of the large malodorous ant and the evil scent is thereby increased. It is also true that, whoever burns his hair will definitely smell the scent. It is not easy to turn in someone’s pocket. The commander in chief of the Ghana armed forces has been placed in a tight pocket of the commander in chief of football mafias and is wriggling to escape from there. It is becoming messy unfortunately. Hehee! The game of commanders; one pass the other!

We were being told that President Akufo-Addo has ordered the arrest of GFA President, Kwasia Nyentakyi, ooopps sorry, Kwesi Nyantakyi at a time the dude was out of the jurisdiction. I don’t even understand how a comrade in crime manages to establish a prima facie case against his accomplice and reports him to his questionable cousin instead of the special prosecutor. Lo and behold, the dude returned yesterday; the Ghana Police picked him up right at the Airport. We were enthused by this news of equal treatment and justice for everyone citizen, and that's where we got it all wrong!

Yes, the whole thing is a staged cover up from the chief priest of corruption! Kwesi Nyantakyi, upon all he was captured saying in the video was held for less than 4 hours, and I know very well what I'm talking about. Tiwaa Addo Danquah is producing another con movie! Something strange happened at the CID Headquarters. The CID spokesperson, Shiella mischievously engaged the media for a pre-planned media briefing only for her colleagues to sneak Mr. Nyantakyi out of the Headquarters to prevent the media from interrogating him. Cosmetic approach. Intriguing, isn’t it? Well I'm not intrigued at all, there is no difference between Aki and Popo.

We are being misled to believe again that the corruption clearing agent is fighting corruption! Hell no! How can someone who commits such a heinous crime spend less than 4 hours in custody? The hurried declaration by Abu Jinapor is a panic-stricken act of fear of public backlash to a revelation of a whole president involved in a scam! The president did that to exonerate himself, even though he's guilty. In any case, why did the Presidency hurriedly leak the video when it was scheduled to be premiered on June 6th?

What prevented the Presidency to wait until the video is premiered? We have learned that the president and Nyantakyi actually watched the video in the Jubilee House last week before they both travelled. They have already hatched this plan to fool Ghanaians. I have heard most NPP lawyers already defending the case and threatening to sue against the premiering. The King is naked; they are looking for kente to cover him.

The president wants to clear himself before it comes to public knowledge, right? Well President Akuffo-Addo thinks we all abuse tramodol in this country; he also thinks we have charcoal in our heads, for which matter we will consume every lie he cooks. We know too well to fall for this Kweku Ananse tactics!

I think Anas Aremeyaw Anas is now very stupid! Yes, why should excerpts of his undercover video be made available to the President when he hasn't yet premiered it? Why should you trust the head of dishonest mafias, the King of lies who never keeps his promises? Is the President the sponsor of his undercover works? Was this what he did in the time of President Mills of blessed memories and President Mahama regime? We must get serious in this country. Nyantakyi is a free man and would walk away as a free man, the President cannot dare him, besides, Mr. President is in Nyantakyi's pocket.

Something is also not adding up; Mame Yaa Tiwaa Addo Danquah; the police CID cannot handle this case and we expect something meaningful outcome. She has a questionable character as well. She got her position after helping this government to cover up a scandal and I must confess she's very excellent at cover-ups. We must give her some credit, she lies with eloquence.

At this juncture, it is safe for us to ask for the whereabouts of our wise men. NyansafoϽ eeeeiiiii, mu wϽ hen? Those watching Animals TV must as a matter of urgency start watching human beings! The high moral grounds preacher, I mean the old chameleon must also speak up! He's being exposed day in, day out!

As for the Bongo boy, the least said about him, the better. Besides, I will expose his hypocrisy very soon. Time really changes. Our once upon a time vibrant Civil Society Organizations have now become passive spectators, we are watching them and they should know that.

Under any serious jurisdiction the President and vice should have resigned but here they are trying so hard to distort facts so as to exonerate themselves. Nyantakyi is not an ordinary party footsoldier for us to say he was just bragging to seek relevance from his colleagues, he definitely understands what he spoke about. He quoted a minister to confirm the bribe levy. In South Korea, President Park Geun-hye resigned and is currently serving a 30-months jail term over a scandal involving Choi Soon-sil, an ally of President Park. What a serious country!

Corruption in Ghana has reached a level that it has never ever reach before. Honesty is now a thing of the past in this regime. A youth revolution is eminent! The President must desist from publicly boasting of fighting corruption. He's an epitome of corruption and the leader of the looting syndicate. The last time I checked, we don't learn moral lessons from the brothel!

All these are happening because a bigger black pot containing $179million was broken by Imani Ghana. The uncouth super incompetent Ursula Owusu, an unfit Minister of Communications has bypassed Parliament to award a mind boggling GH¢826.98million contract to an incompetent, incapacitated GVGKelni who have no expertise in job handed to them. Akuffo Addo is fully aware of this too and wanted this stupid Nyantakyi drama to divert our attention from it. You can do anything now, but we will show you in 2020!