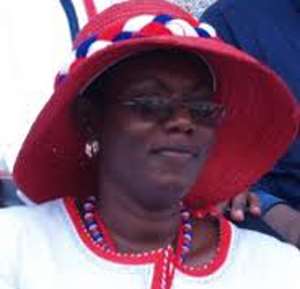 The company at the center of a $179 million Ministry of Communication deal that has sparked controversy and calls for abrogation of the contract has been revealed to be a company not registered in the Telecoms Services sector, but instead into the importation of goods like cement, utensils, building and electrical materials, MyNewsGh.com has learnt.

This information was laid bare by a detailed exposé and investigation by IMANI Ghana who blew the cover on the stinking deal and have since maintained heat on the matter, refusing it to allow it die a natural death.

Franklin Cudjoe, President of IMANI who made this known in a Facebook post accompanied by pictorial evidence said he was scandalized by very smelling nature of the deal.

He asked that the real owners of GVGKelni who won the controversial contract to show up and defend themselves if they exist at all.

See his post:
“So when will the real owners of GVGKelni show their faces and respond to the fact that they have been paid $7.5m out of our hard earned taxes, $178m for no work done?

We can understand that they can change physical office addresses from Accra New Town to the Metro TV area in a day and non-existent land phone lines to mobile phone numbers, but who are they? In any forward-looking country where law and order truly works, a company that wins a $178m contract fairly should be issuing formal rebuttals in the media about the sanctity of their sweet contract. But my brother and sister, have you heard a word from GVGKelni? Well, all we know now is that from their websites they used to import and export goods and services like cement, iron rods and toilet bowls at least from their phony website which miraculously changed to having expertise in call monitoring in Liberia, Tanzania, Rwanda, Senegal, Congo and more. And yet, the Ministry of Communications told us the company was just put together in December 2017. Never mind if the MoC statement said the company was established in 1995. Wow!!!! We have checked at the Registrar-generals department and the GVGKelni file has been removed as the official said it is logged electronically but it is physically absent. We are still digging.” His post ended. 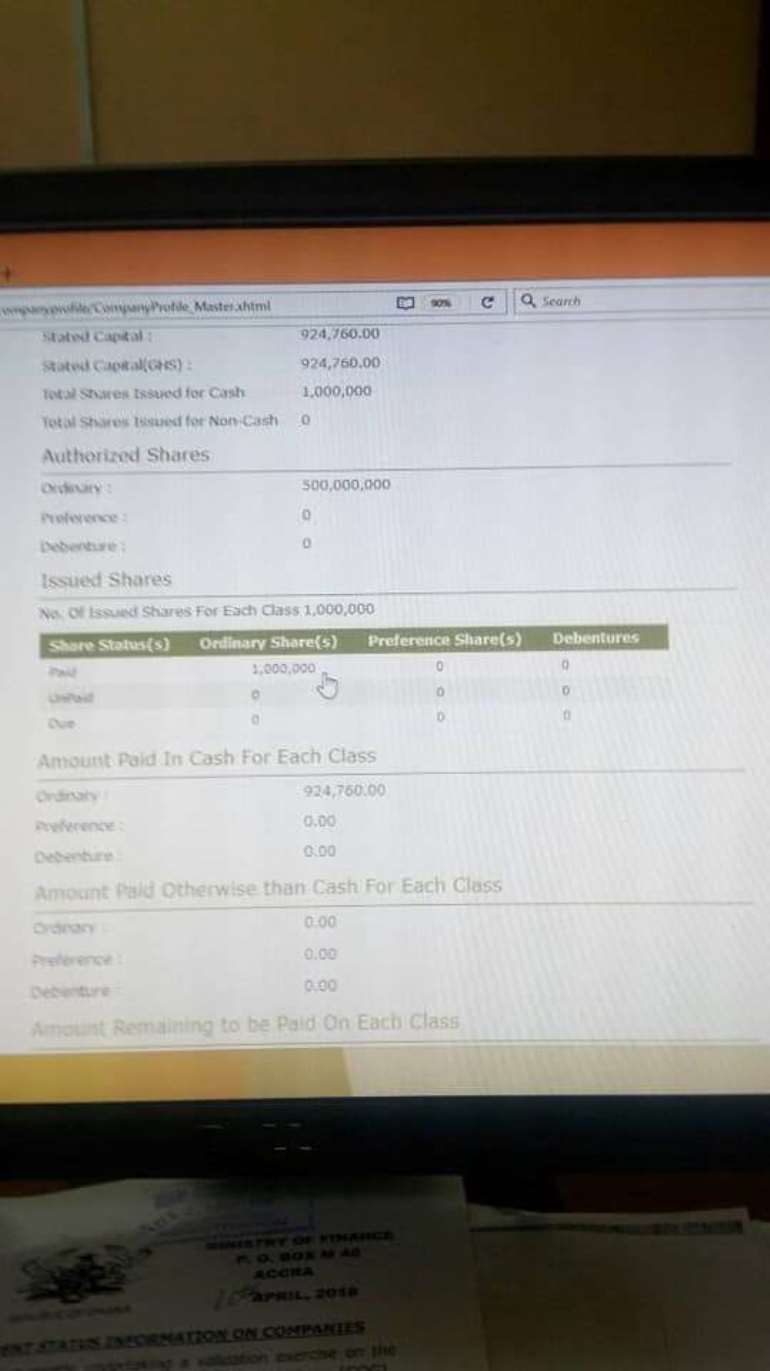 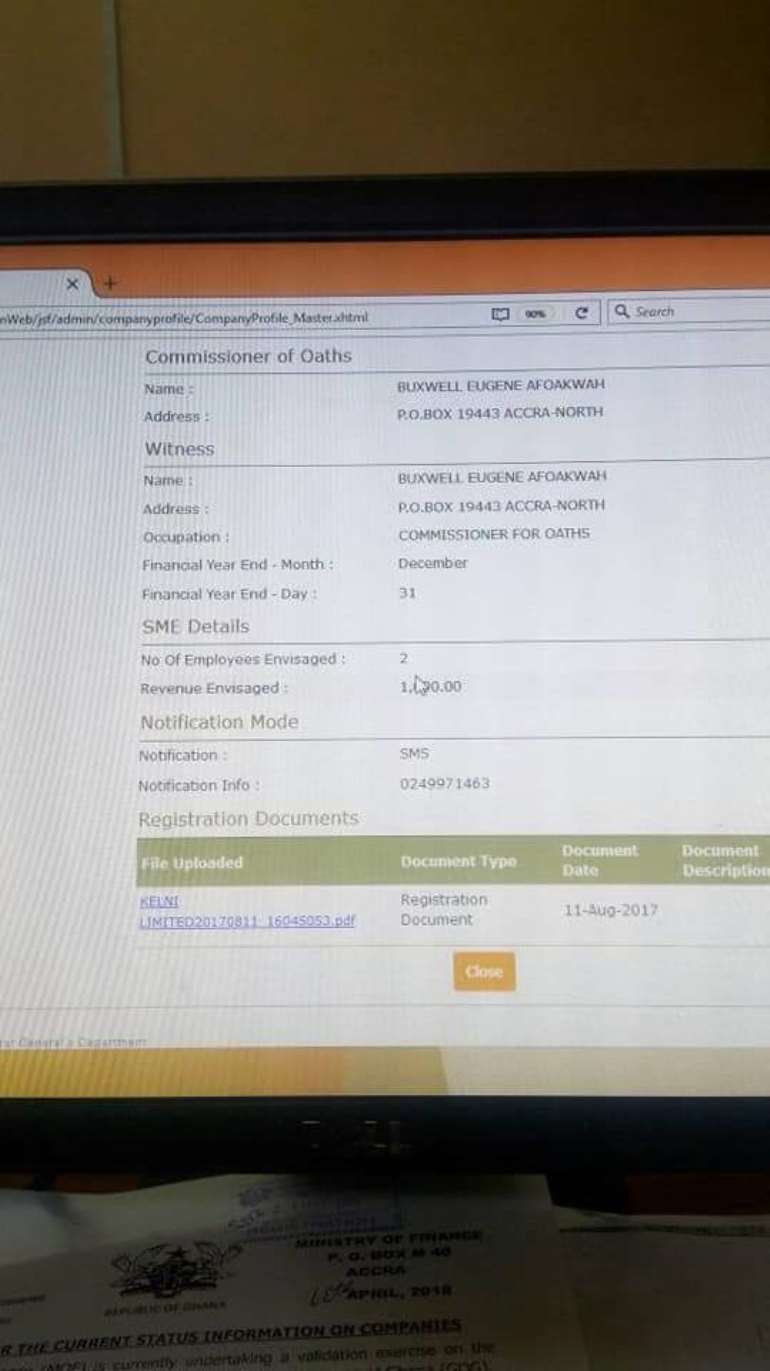 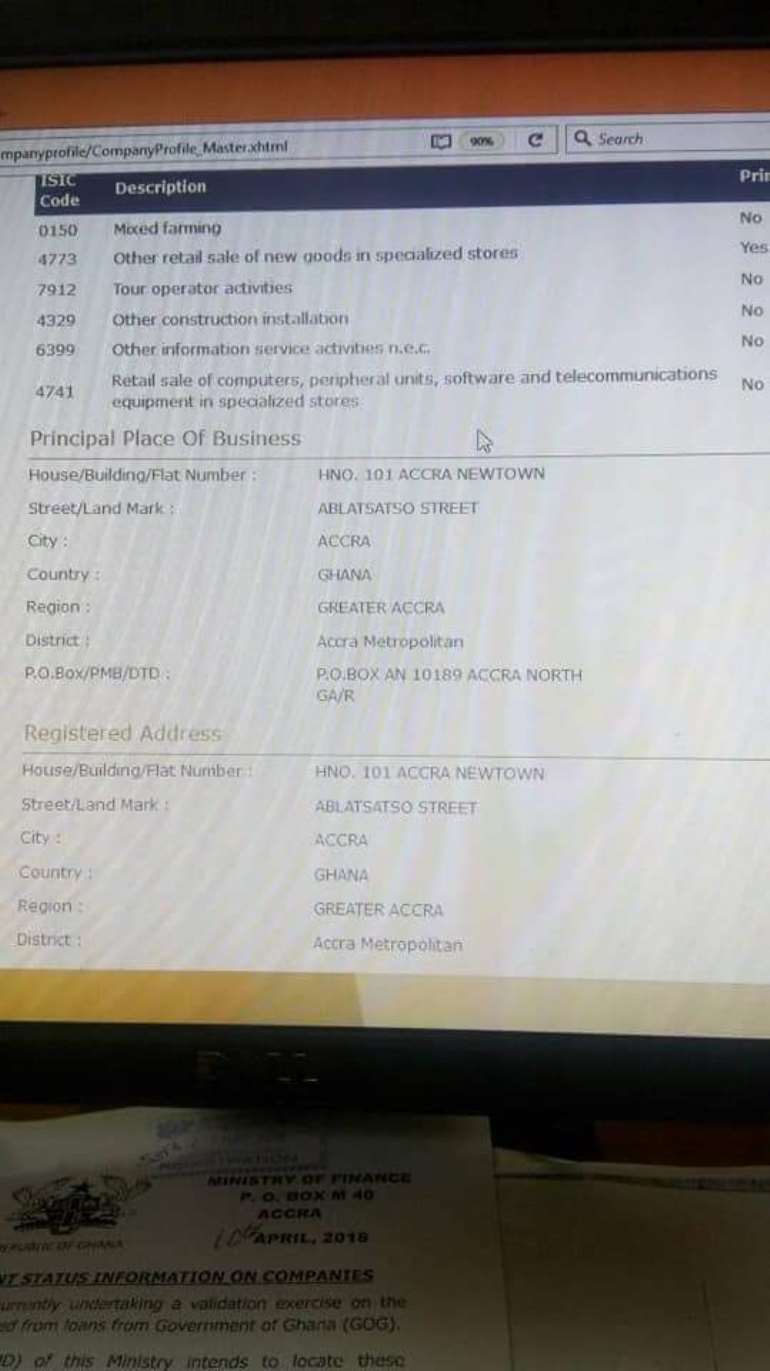 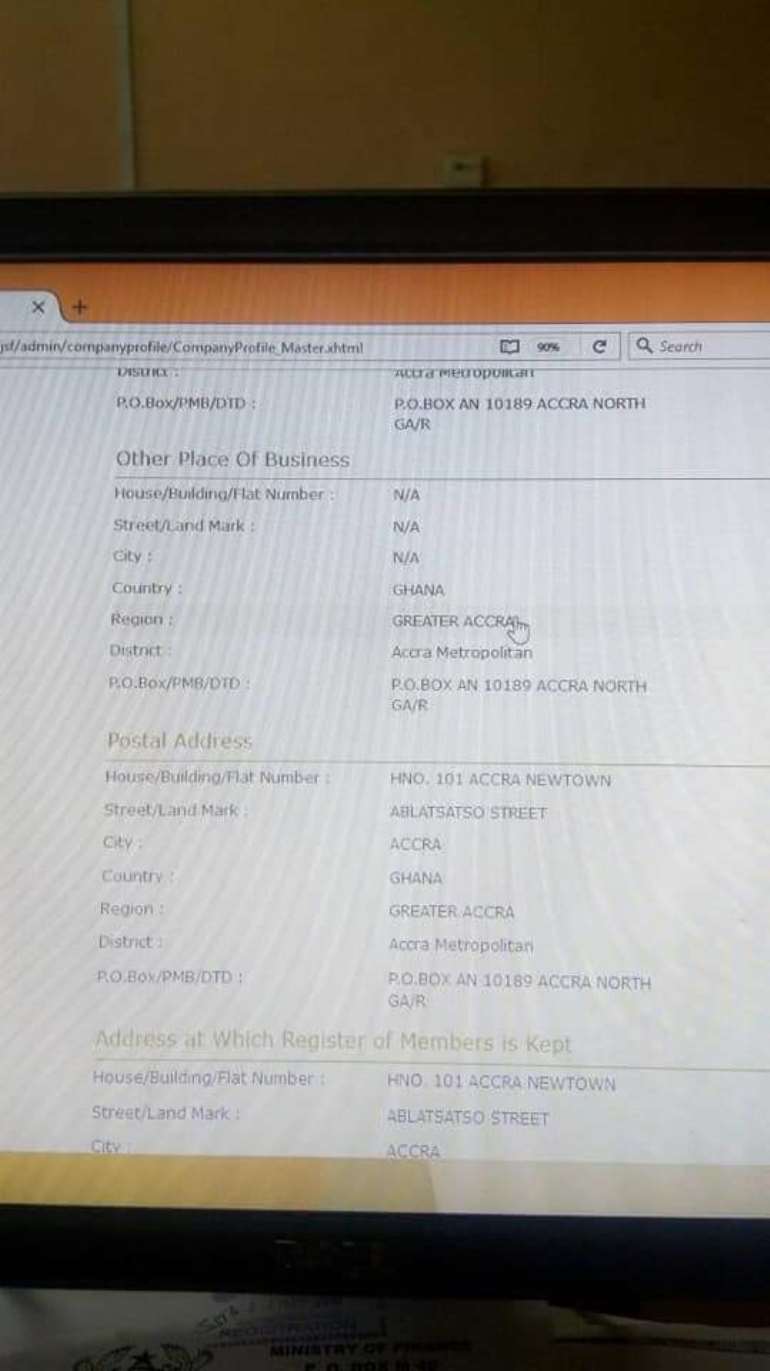 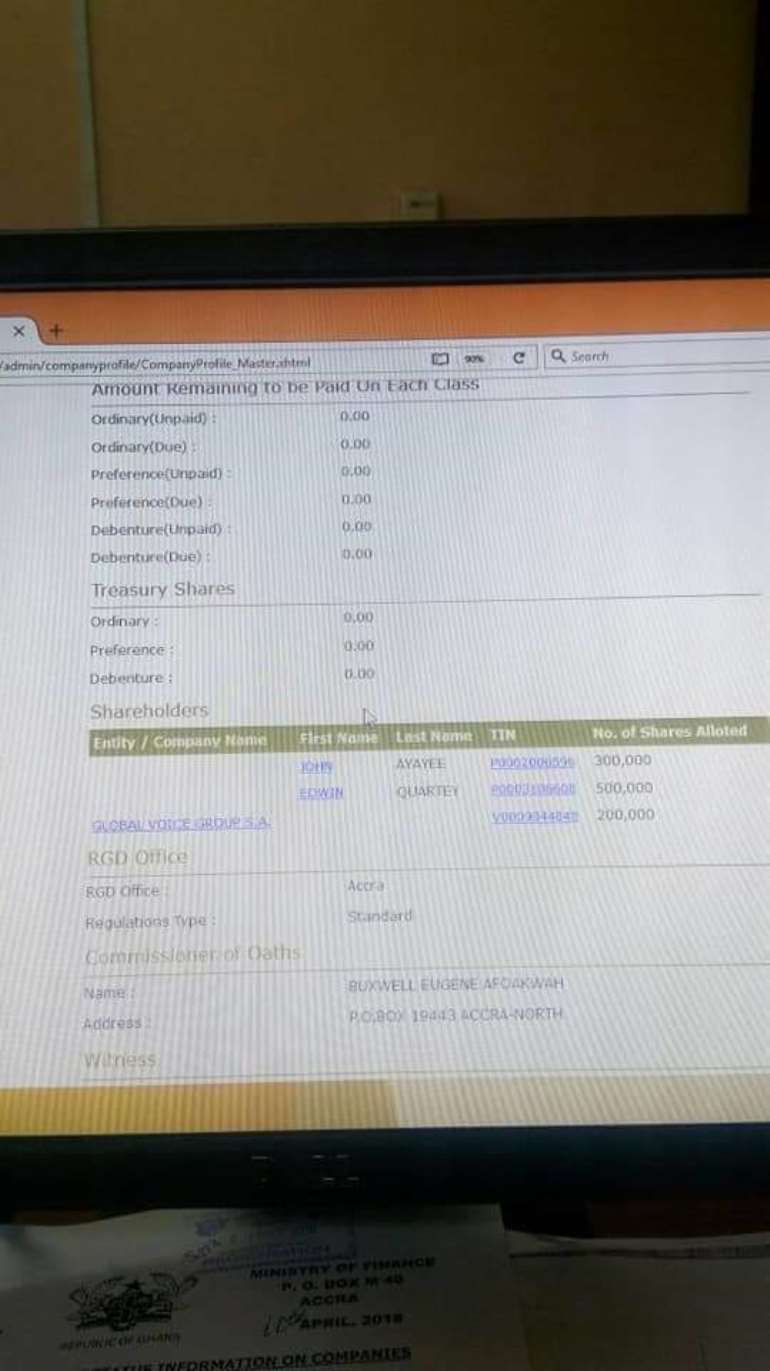 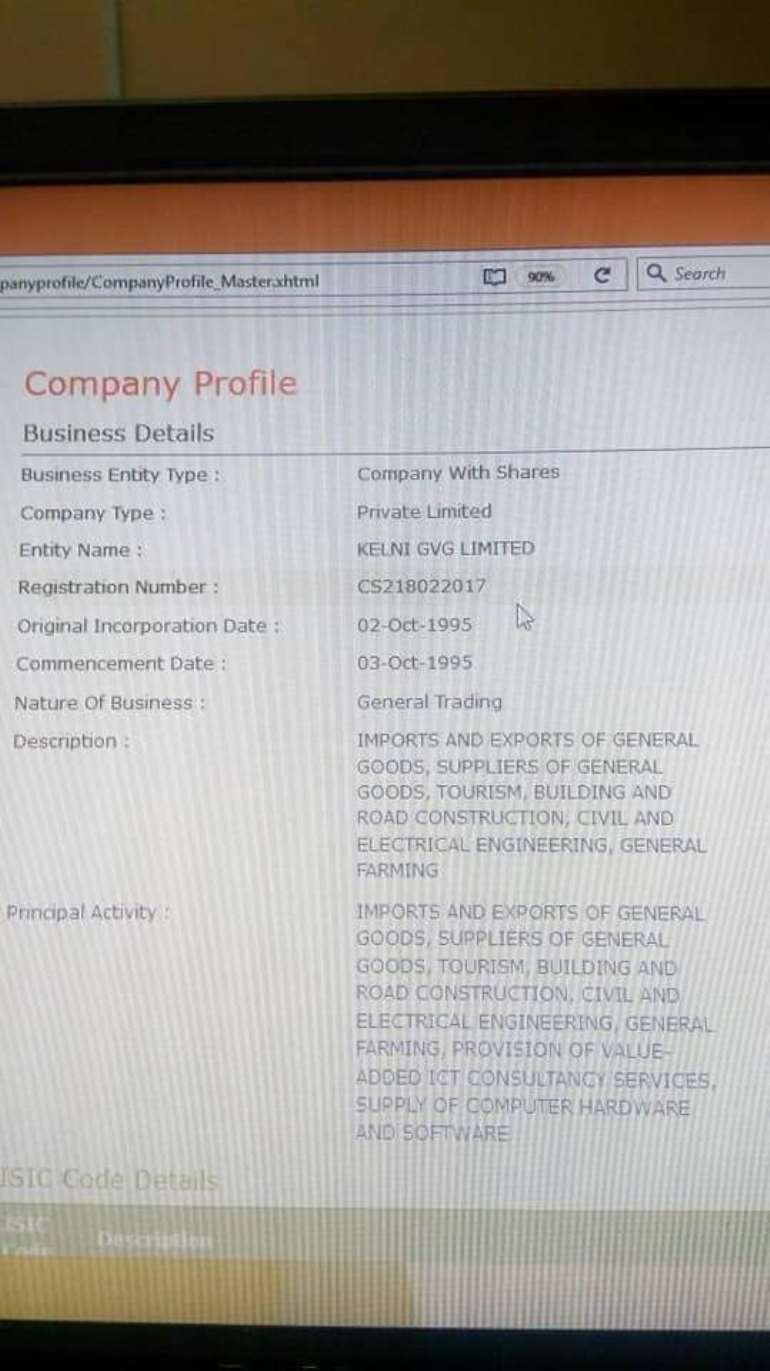