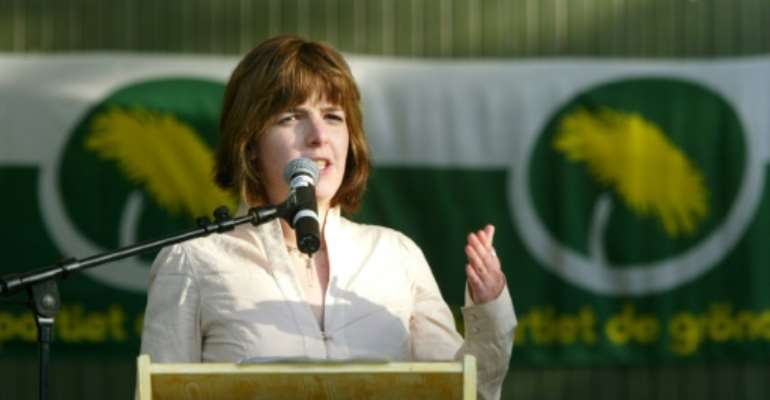 UN Swedish employee Zaida Catalan was found dead in the Democratic Republic of Congo with an American colleague and their Congolese interpreter, a government spokesman said on March 28, 2017. By SÃ–REN ANDERSSON (TT NEWS AGENCY/AFP/File)

A village chief believed to have ordered the killing in March of two UN experts in the Democratic Republic of Congo was arrested Saturday, a Congolese military spokesman said.

Congolese authorities have from the start said the suspect, Constantin Tshidime Bulabula, was behind the slayings of Swedish-Chilean Zaida Catalan and American Michael Sharp, who were investigating reports of dozens of mass graves in the war-torn Kasai region.

Military spokesman Anthony Mualushayi said Tshidime Bulabula, chief of a town just south of where the investigators were slain, was taken into custody some 100 kilometres (60 miles) from home.

He has since been taken to Kananga, along with another presumed suspect Tresor Mputu, the spokesman added.

Catalan and Sharp reportedly left the city of Kananga on March 12 and their bodies were found 15 days later. Catalan had been decapitated.

A UN report released in June described their murder as a "premeditated setup" in which state security may have been involved.

Kasai has been in turmoil since tribal chieftain Jean-Prince Mpandi -- known as the Kamwina Nsapu -- was killed in August last year after rebelling against President Joseph Kabila's regime in Kinshasa.

More than 3,000 people have died and 1.4 million have been displaced, according to the Catholic Church.