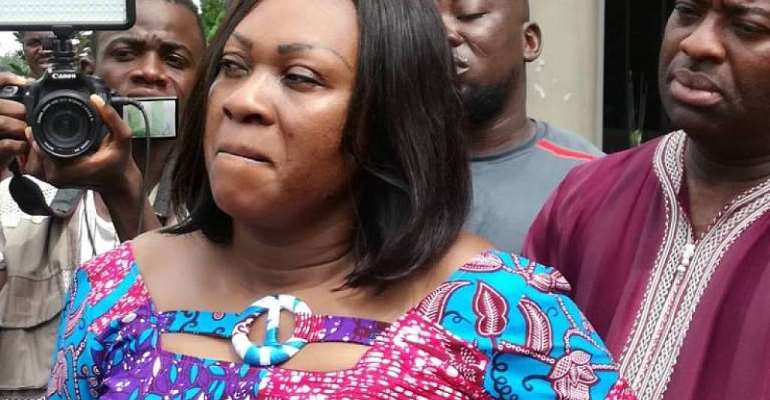 The Special Development Initiatives Minister Mavis Hawa Koomson has rejected reports that her Ministry intends to spend an amount of GH₵800, 000 for the development of a website.

Speaking Thursday, December 21, on Starr Today, the Awutu Senya East lawmaker explained that the staggering amount contained in the breakdown of the Ministry’s 2018 projected expenditure was an oversight.

“How on earth can we use GH₵800,000 for just a website? Are we mad? To be frank with you when I heard the report I called the budget officer only to realise that it was a typo,” she told Starr Today’s host Naa Dedei Tettey.

According to her, the correct figure is GH₵80, 000, indicating further that the amount will not only be used in building a website for the Ministry but the three development authorities and their regional offices.

When asked how that could have been an oversight, she said “Even myself when I saw it I was surprised until today that we all got to know about it.”

Livid by the bad publicity the disclosure of the earlier figure courted the Ministry; Koomson chided the former deputy Finance Minister and Ranking member of the Finance committee of Parliament Cassiel Atto Forson, the source of the information for pursuing political equalisation.

“He is a ranking member and he was there the day the expenditure was presented to his committee…why didn’t he probe us there if truly he saw it? Because he wanted to make mischief…and equalisation because NDC has been tagged as corrupt,” she said.

The new Ministry led by Hawa Koomson presented a total budget of GH¢71, 059, 970.00 for approval by parliament for its operations in the ensuing year.