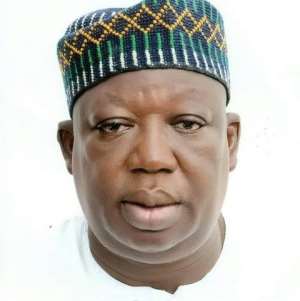 Mr Prince Bagnaba Mba, President of Forum for National Equity, a human rights organisation has called on government to establish a Border Area Authority to attract tourists and facilitate the demarcation of Ghana's territorial zones.

He said apart from attracting tourists, the Authority would also research and keep vital information on Ghana and her neighbours in the West African sub-region.

Mr Mba who was speaking exclusively to the Ghana News Agency (GNA) on development of Ghana in Accra explained that the establishment of the Authority would enable government to protect territorial zones and develop the Border towns.

He said the recent case handled by the International Tribunal for the Law of the Sea between Ghana and the Ivory Coast was a clear wake-up call for government to set up such an authority to handle all territorial issues in future.

Mr Mba said Ghana's border towns were also not attractive enough in terms of roads and other infrastructure adding that 'Since First impressions are important, the development of the border towns would give tourists who come to neighbouring countries the urge to crossover to Ghana to do business.'

He said:' Aflao for example should have been a Municipality to attract visitors who come to the Togolese capital for holidays, but here we are with unattractive infrastructure there and many other border towns.'

'In most cases, our border towns have no tarred roads, no other social amenities like good restaurants and bars, good hotels and lodges, which serve as a disincentive to potential tourists.'

Mr Mba told the GNA that the establishment of the Authority would also help check the rampant smuggling of goods and commodities to neighbouring Togo, Burkina Faso, the Ivory Coast, Benin and Mali.

He said the Border Area Authority could further enhance and strengthen trade and bilateral relations between Ghana and her neighbours.

'We need to ensure that all our roads in all the Border towns are tarred to make entry and exit very feasible and workable.'