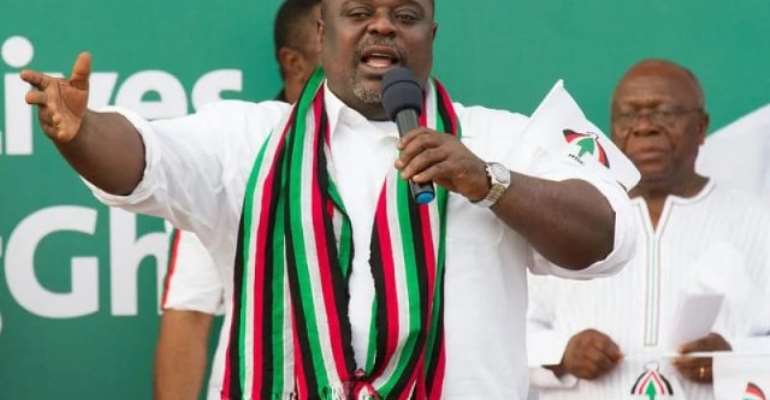 According to him, some key members of the party including the current General Secretary, Johnson Asiedu Nketia are calling on him to contest for the position since he [Asiedu Nketia] has disclosed he will not be contesting.

“Aseidu Nketia has given me his endorsement and some bigwigs and I see that as a beauty of the democracy because, if he has decided not to contest, why should I refuse. I will gladly step in his shoes and work for the party,” he said on Accra based Neat FM.

NDC functionaries have come under intense pressure from party faithful to hold an early congress following its defeat in the 2016 presidential and parliamentary elections held on December 7.

Many people have expressed their intentions to run for positions in the party should it open nominations.

But Mr. Anyidoho believes he possesses the qualities to succeed Asiedu Nketia and has what it takes to wrestle power from the NPP in 2020.

“Asiedu Nketia has given me the green light and I promise to continue the great work he is doing for the party because, I have what it takes to help wrestle power from the NPP,” he said.