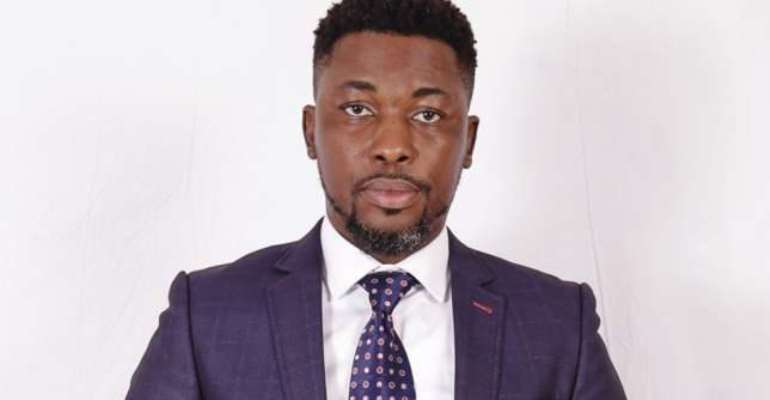 Kwame Asare Obeng, aka A-Plus, believes the Presidential staffers whom he accused of corruption, Francis Asenso-Boakye and Abu Jinapor, were misled and acted on deception when they intervened in the termination of UniBank’s contract to provide onsite banking services at the Korle Bu Teaching Hospital.

He has thus rendered another apology to them for the manner in which he accused them of corruption.

A-Plus, in a Facebook Live post, said it had become clear to him that Abu Jinapor was not up to speed with affairs pertaining to the onsite banking services.

“…Abu, Asenso, you did not understand the issues per what Abu said on radio. I know that if you knew there is a government agency that can’t independently tell how much money it makes, you wouldn’t have supported this.”

After the initially ambiguous corruption allegations, it became clear A-Plus’ claims had to do with the two Deputy Chiefs of Staff of putting pressure on the CEO of Korle-Bu Teaching Hospital, Dr. Felix Anyah, to give back a revenue-collection contract to UniBank after the same contract had been terminated.

Background
The onsite banking services at Korle Bu were needed to deal with the “chronic revenue leakages bedeviling the Hospital” which a number of banks had been unable to solve since 2008, a statement from the hospital explained.

Government directed that all public institutions should cede the collection of their revenue to selected banks.

But when the hospital submitted the names of the two banks to the Controller and Accountant General's Department for approval, issues were raised about weaknesses in UniBank's operations in two other hospitals.

The issues had to do with “reconciliation challenges, delays, non-provision of real-time access to relevant stakeholders.”

“In spite of the advice of the Controller and Accountant General's Department, an MoU was signed, appointing UniBank to simultaneously collect revenue in the Hospital with Stanbic Bank with the provision that any party can terminate the MoU giving 90-days notice of termination.”

As the two banks started the onsite banking services, the leakages persisted and the hospital's management decided to search for an End-to-End Hospital Revenue Collection Software to integrate and network its operations.

Stanbic Bank and UniBank were both requested to submit proposals for an End-to-End Hospital Revenue Collection Software in 2015.

Stanbic Bank successfully presented an efficient software, while UniBank failed to turn up during the two presentation sessions thus the hospital “awarded a contract to Stanbic Bank to pilot the new software in the entire hospital which is valued at USD240,000.”

The software if implemented is expected to simultaneously reduce revenue leakages and increase revenue.

“The Stanbic Bank approved End-to-End Hospital Revenue Collection Software was obviously not compatible with the UniBank's software. Management, therefore, decided to discontinue the MoU with UniBank in order to enable Stanbic Bank deploy the new software throughout the entire Hospital – covering areas where Stanbic and UniBank were collecting revenue.

...In view of the Memorandum of Understanding (MoU) signed between Korle Bu and the banks for the onsite banking services, in which either party can terminate the contract by giving a 90-day notice, a Management decision, a notice of termination was given to UniBank on 12th July 2017,” the statement explained.

But this was followed by the hospital rescinding the decision for reasons not disclosed in the statement.