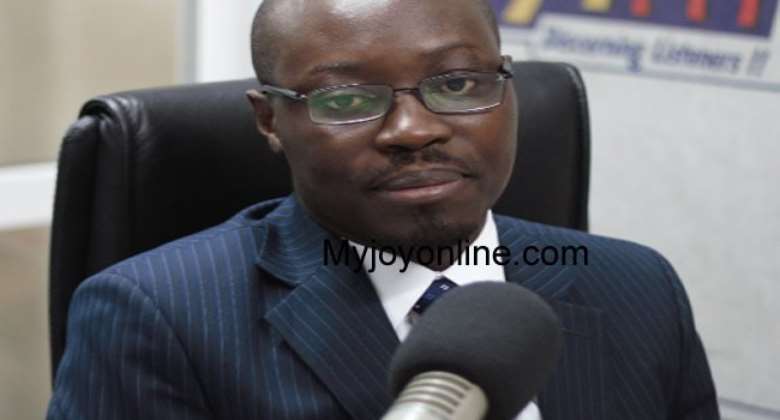 A former Deputy Finance Minister has mounted a vehement defence of his role in the controversial ambulance saga which has made the headlines over the past few days.

Breaking his silence for the first time, Cassiel Ato Forson confirmed signing two letters, authorising the establishment letter of credit in 2014 for the supply of 50Mercedezz benz ambulances.

He was, however, quick to add those letters in themselves did not mean the cost of the ambulances had to be paid.

He told Joy News the letters of credit will only be enforced if the conditions in the contract for the supply of the ambulances which includes specifications, time of arrival, inspection, etc had been met.

He would not say if indeed the Ministry of Health, the institution on whose behalf he signed the letters of Credit, had gone ahead to do the payment without ensuring that the conditions spelt out in the contract had been met.

Cassiel Ato Forson rather ask Joy News editor Israel Laryea to do a follow up at the Ministry of Health to find out if the conditions spelt out in the contract had been met and if the ambulances had been paid for.

It has been established first by a technical team at the Ghana Ambulance Service and then later by the former Minister of Health Alex Segbefia that the ambulances brought to Ghana did not meet the requisite specifications.

Mystery
Last week, the Minister of Health Kwaku Agyemang Manu led journalists to the Naval Base where the 30 ambulances had been abandoned.

The 30 were the first of 200 ambulances procured by the government of Ghana through Big Sea Trading LLC in a contract signed on 19 December 2012.

“The Purchaser shall pay the sale price of the goods which is the total of €15,800,000 to the supplier by raising irrevocable and transferable Letter of Credit from its bankers for the benefit of the supplier. The unit ambulance price is €79,000.”

The contract also said “Letters of Credit shall be established upon signing of the contract for every 50 ambulances.”

According to the health Minister, even though it has been established that 30 ambulances supplied by Big Sea Ltd were not fit for purpose, an amount of €2.4 million had been disbursed from the consolidated fund to pay for the ambulances.

Describing the ambulances as “sprinter buses fitted with kitchen panels,” the Health Minister said he has intelligence that the €2.4 million had been paid even though there was no supporting documentation at the Health Ministry or at the Finance Ministry proving this.

He has subsequently forwarded details of his findings to the Economic and Organised Crime Office to investigate the matter.

Joy News investigations revealed Cassiel Ato Forson in August 7, 2014 signed a letter requesting the “Ministry of Finance to urgently establish the letters of credit (LC) for the supply of 50 ambulances amounting to €3,950,000.00 representing part of a contract sum, while arrangements are being made to perfect and sign the agreement.”

On 12 August he again signed another letter authorizing “the release of the sum of ¢806,688.75 to the Minister for Health to enable him pay for the bank charges covering the establishment of letters of credit for the supply of 50 Mercedez Ambulances and related services.”

At least three years after signing that letter of credit, the former deputy Finance minister could not say if the monies he signed for had been released.

What is evident however is that the 30 ambulances have been parked for over year (some since Dcember 2014) because they are deemed to be dysfunctional.

Kennedy Agyapong will win NPP’s primaries because of his hon...
20 minutes ago

You disgraced yourselves and the entire country by booing Ak...
27 minutes ago