Ambulance Scandal: Finance Ministry Acted Upon 'Order From Above' 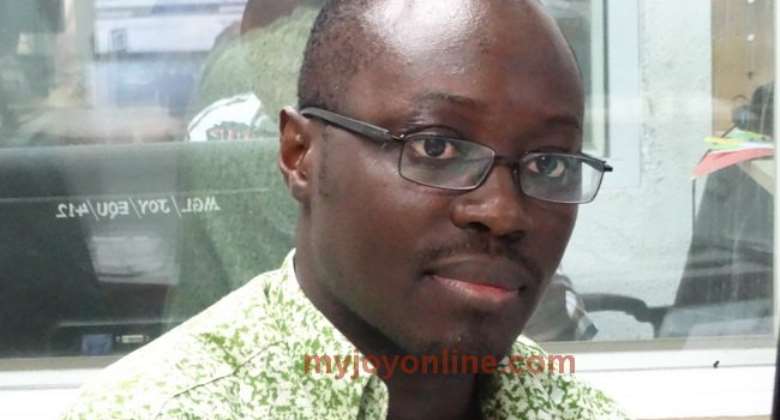 A former Deputy Minister of Finance, Cassiel Ato Forson, has confirmed that his Ministry authourised the purchase of the defective national ambulances following a directive from the Ministry of Health to do so.

“I want to put on record that the Ministry of Finance only acted upon instruction from the Ministry of Health to issue a sight Letter of Credit on their behalf, utilising MOH 2014 budgetary allocations,” he said on his Facebook page.

Mr. Forson made the comments in reaction to revelations that some 30 ambulances purchased were not fit for the purposes for which they were procured.

Health Minister, Kwaku Agyemang-Manu, who led a group of journalists to inspect the ambulances last week, noted that although it has been established that the 30 ambulances supplied by Big Sea Ltd were defective, an amount of €2.4 million had been disbursed from the consolidated fund to pay for the ambulances.

Read More: 'Don't Blame Me For Payment In The Purchase Of 'Useless' Ambulances'
He further described the ambulances as “sprinter buses fitted with kitchen panels”.

The 30 were the first of 200 ambulances procured by the Government of Ghana through Big Sea Trading LLC in a contract signed on 19 December, 2012.

“I have become aware of a series of media reportage indicating that I, Cassiel Ato Forson, acting as the Deputy Finance Minister, authorised payment for some defective ambulances 'procured' in 2014 by the Ministry of Health. I want to put on record that the Ministry of Finance only acted upon instruction from the Ministry of Health to issue a sight Letter of Credit on their behalf, utilising MOH 2014 budgetary allocations.

“Subsequently, as is laid down practice, the Ministry of Finance requested the Controller and Accountant General's Department to pay for the bank charges accrued to the Bank of Ghana as a result of the issuance of letters of credit on behalf of the Ministry of Health. It must be noted that the beneficiary of the payment is Bank of Ghana, which charges government for many financial service--as commercial banks do for their clients.

“It is important to note that letters of credit issued by the Bank of Ghana are only a guarantee for payment and not payment in itself. It is only when the supplier fulfils their part of the obligation under the contract that payment will be made from the budgetary allocation of the Ministry requesting the opening of the LC. The Ministry of Finance does not have the technical competency to evaluate and reject the contract of service or supply from sector or technical ministries.

“In modern business practice, a Letter of Credit (LC), also known as a Documentary Credit, is a written commitment by a bank issued after a request by an importer (foreign buyer) that payment will be made to the beneficiary (exporter) provided that the terms and conditions stated in the LC have been met, as evidenced by the presentation of specified documents.

“At Sight — A credit that the announcer bank immediately pays after inspecting the carriage documents from the seller. Note, in both cases, that the underlying contract and specifications are agreed between the buyer and seller, not the paying institutions acting on their behalf. Finally, I, Cassiel Ato Forson, acting as Deputy Minister of Finance then, NEVER made PAYMENT to BIG SEAS for the supply of ambulances.”