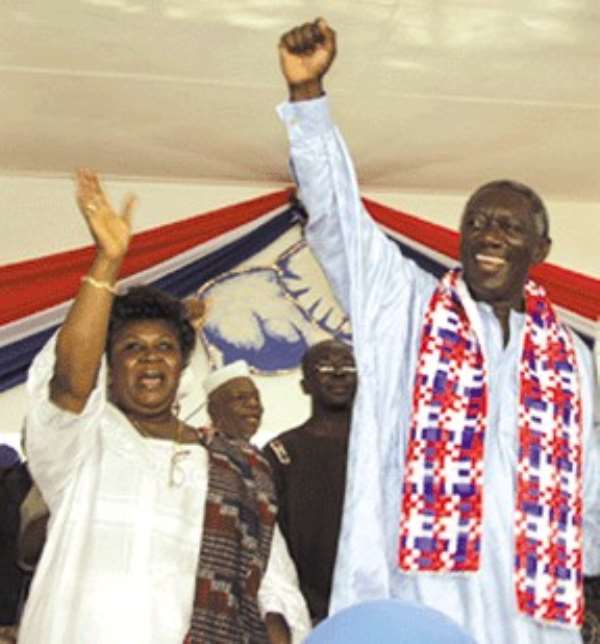 THE New Patriotic Party (NPP) will hold an emergency delegates congress on May 7, 2005.

The congress would discuss a myriad of issues and constitutional amendments for the growth and strength of the party, as well as to put it in good stead to maintain its hold on power in the 2008 general election.

High on the agenda would be the amendment to the composition of the electoral college for the election of presidential candidates, national executives and parliamentary candidates and electoral procedures.

It would be recalled that at its National Delegates Congress in Cape Coast, last year, the issue of the amendment of the constitution for the greater participation of more members in congresses at various levels came up.

The call for amendment was rejected, but the issue came up again last year during the primaries to elect parliamentary candidates as a result of alleged influences of delegates by aspiring candidates.

The National Organiser of the NPP, Mr Lord Commey, said the party would not look at the amendment because of alleged influences by candidates adding that “none of those allegations had been proven”.

Mr Commey who also did not rule out the possibility of such influences said personally he was of the view that the party would take a second look at the provision to allow for greater participation of members of the party in such critical decision such as election of party candidates.

“This will prove our democratic credentials by allowing a greater number of people to participate, because this business of allowing some few polling station chairmen to elect a representative of over 80,000 people must be looked at again”, he added.

He cited examples from Kenya, where all card bearing members of the party who were of good standing elect parliamentary candidates and said that would be a good example to consider.

Mr Commey was optimistic that the “congress will certainly change the order to allow for greater participation”.

Touching on the congress, he said it would be attended by about 2,000 delegates comprising five delegates from each constituency, all members of the national executive council, national steering committee, council of elders and MPs, among others.

He said it was important that as the party grew in stature and size it must move with the time and added that as a democratic institution all ideas were welcome for the betterment of the party.