Two Policemen in court for robbery 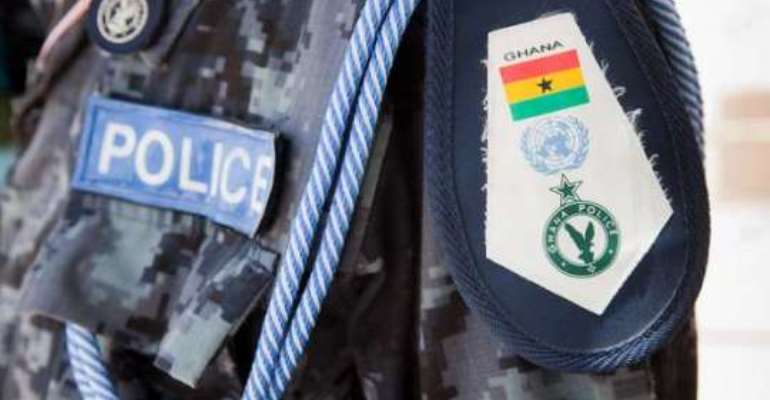 Accra March 24, GNA - Two Police officers have appeared before an Accra Circuit Court for allegedly robbing a student at gun point of GHÈ¼11,000.00.

The money was withdrawn from a bank by the student who had been sent by his elder brother.

They were charged alongside Crosby Ofori Danso unemployed.

They have pleaded not guilty to conspiracy to commit crime to wit robbery and robbery before court presided over by Mr Aboagye Tandoh.

The court has remanded them into Police custody to reappear on April 7.

Prosecuting Deputy Superintendent of Police (DSP) Mawuenyo Nanegbe told the court that the complainant is Christopher Haga while the policemen Amejor and Asamoah are police officers at the Rapid Deployment Force headquarters and Kasoa respectively.

On March 19, this year, the complainant was sent by his brother to withdraw cash in the sum of GHÈ¼11,000.00 at Global Access bank at Abeka Lapaz.

Prosecution said after withdrawing the money, the complainant was waiting for a taxi home when the accused persons attacked him.

Amejor who was in Police uniform and armed with AK 47 rifle together with Asamoah and Danso pushed the complainant into a waiting taxi and sped off to Nyaho Clinic at Dworwulu.

DSP Nanegbe said the accused persons informed the complainant that they have information that the money he withdrew from the bank was 'stolen money' as such he was needed at the Police headquarters for questioning.

According to the prosecutor the complainant disagreed with accused persons and denied any wrong doing.

Prosecution said the accused insisted the bank transaction was fraudulent.

The complainant however agreed to follow the accused persons to the Police headquarter but pleaded with them to allow him to communicate with his brother who sent him.

The prosecutor said the accused persons declined and drove the taxi to the Ghana International Trade Fair Site and at gun point threatened to kill him if he dared them.

The accused then took the money from the complainant and pushed him out of the taxi and sped off.

When Amejor was searched, GHÈ¼2,000.00 was retrieved from him. Amejor led the Police to arrest Danso who also refunded GHÈ¼4,056.00 as he share of the money taken from the complainant.

DSP Nanegbe said Asamoah who was then on interdiction was arrested by the Kasoa Police.

The accused persons admitted to Police that they took the money from the complainant.