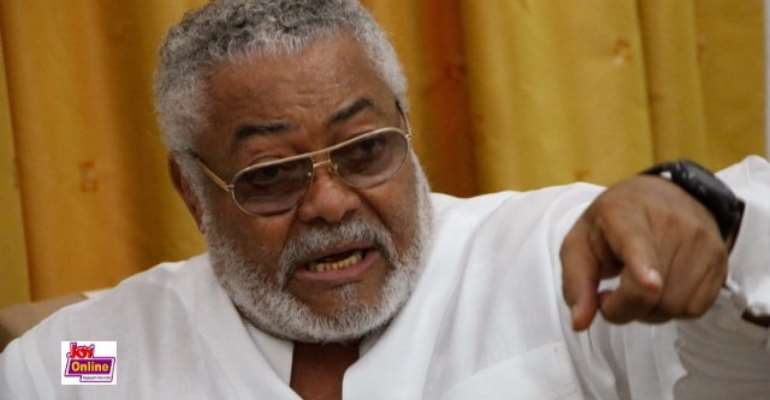 Former president Rawlings has waded into the recent spate of robberies in the country suggesting that he hopes the robbery attacks is not politically motivated to undermine the authority of those in charge of security in the country.

"Let us hope the recent robbery and killings is downright plain robbery and not a politically motivated action from within or without, calculated to undermine those in charge of the security machinery in order to pave the way for certain parochial ambitions," he said.

The former president, however, urged for "utmost confidence and professionalism" in confronting the menace.

According to him, security agencies must wake up to their duty in ensuring that Ghana is safe and secured from armed groups.

There have been five separate robberies in less than 48 hours, in which at least one person was left dead.

In the Tema attack, a Lebanese cashier at a soap-manufacturing company, Delta Agro, identified as Ahmed Safiadeen, 54, was shot in the head as the robbers made away with GHS200,000.

Lebanese killed by robbers
Hours after the Tema tragic incident, a 44-year-old woman was fatally stabbed while on her way to her home in Obuasi in the Ashanti Region.

In a Twitter message Thursday, ex-president Rawlings reminded the security agencies that they "owe us the responsibility of keeping the nation safe and secured."

"Let us all confront this menace with utmost confidence and professionalism while ensuring that no one, high or low takes advantage of our vulnerabilities," he wrote.